In 1967, the year of my birth, the fate of the bald eagle, America's national symbol, was still very much in doubt. An endangered species with a surviving population somewhere in the neighborhood of 500 nesting pairs, extinction was a possibility for a bird which had once numbered in the tens or even hundreds of thousands. By 1984, the number of breeding pairs in my native North Carolina had fallen to zero.

Last Sunday, my son took this picture from the shoulder of the highway near our home in central North Carolina. A "Carolina" eagle, adult, complete with brilliant white head and all! 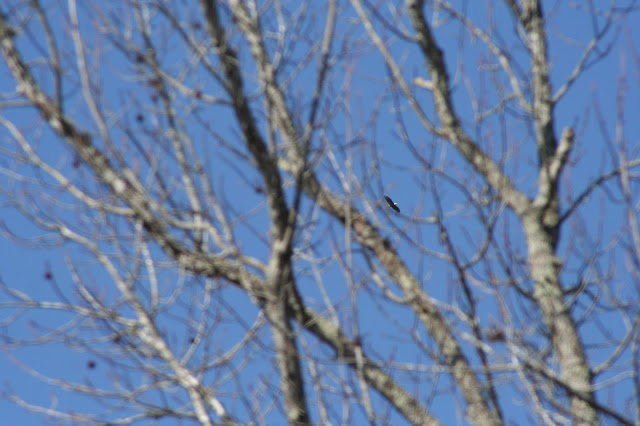 Intrigued, we returned to the area later for a closer look. Wow, what a thrill. A mature adult and three dark immature birds sharing a perch along the river. 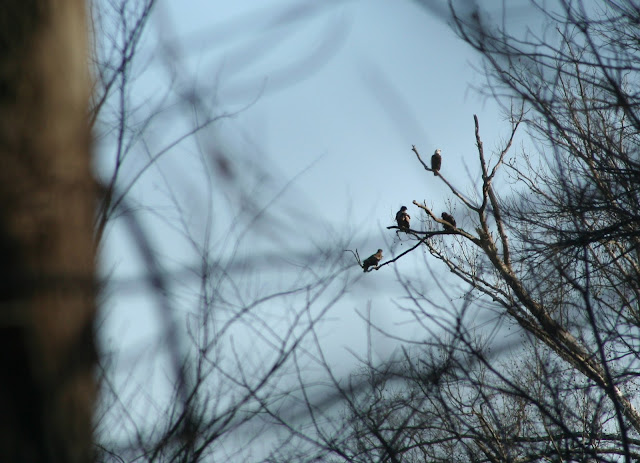 In a chilly but thrilling hour before dusk, we sighted six or seven individuals, two of them mature adults. Before we left, Jay snapped a parting shot of this adult in flight. What a joy for a dad to experience a moment in nature with my sons which was an impossibility for my dad when I was a their age. 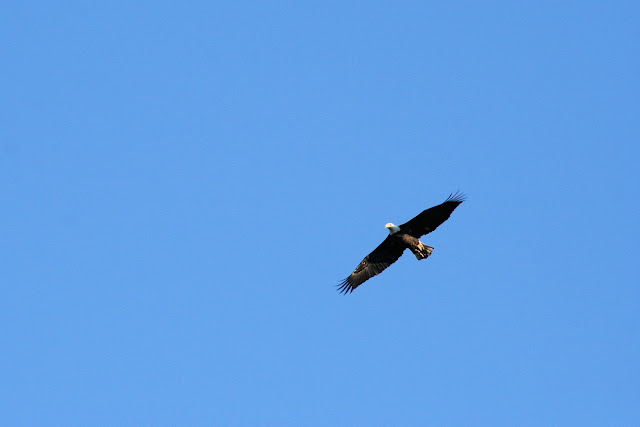 May the future hold many more such moments for them and their children...
Posted by hootowlkarma at 6:19 PM