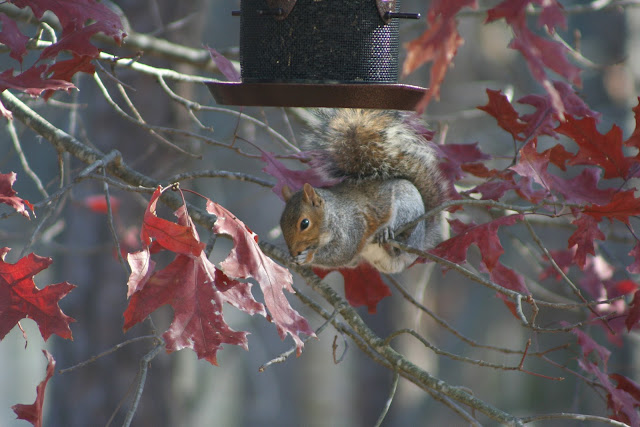 But here is the first shot from my strategically situated mega-seed bird feeder filled to overflowing with wonderful organic black oil sunflower seeds. After nearly a week of waiting, I have yet to see a winged visitor. This morning there were eight eastern gray squirrels waiting impatiently behind this happy camper...
Posted by hootowlkarma at 1:00 PM 1 comment:

Marine gastropods explore nooks and crannies formed from the remains of their ancient relatives. At a snail's pace, this modern periwinkle clan traverses casts and molds of bivalve brethren that occupied a nearby shoreline once upon a time... 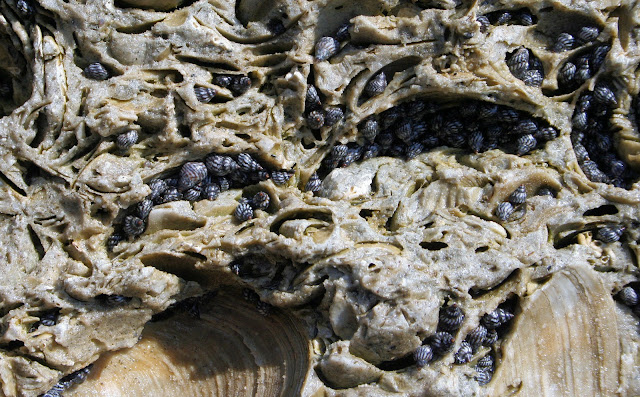 Limestone formations in eastern North Carolina often contain molluscan casts and molds formed from ancient sea life deposited eons ago. Between them, the gastropods and bivalves account for some 50,000 extant species in both marine and freshwater ecosystems today.  Long live the mollusks!

Posted by hootowlkarma at 6:21 PM No comments:

Three black birds roosting in the moonlight. High in the old dead oak; as high as the oak will allow, they perch. A trio of starlings, I think, judging by the pointy beaks. Flying south for the winter?

As a child I saw flocks of thousands upon thousands this time of year. Mixed flocks of black birds - red-winged blackbirds, common grackles, brown-headed cowbirds and European starlings. They'd circle and bank above the cornfield out in front of our house, swirling, swooping, settling briefly, then rising as one and repeating... When they settled in the trees for the evening, branches would snap beneath their weight. When a flock passed in the distance, it seemed to stretch for miles.


Where is the flock tonight? Are these advance scouts or stragglers? I wonder. 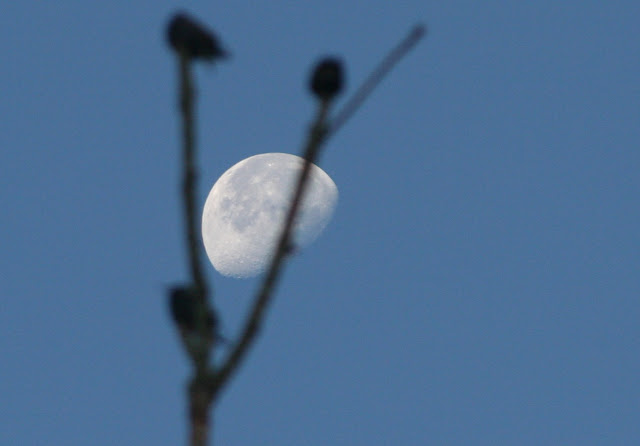 I think I read in the Smithsonian that starlings were released in New York's Central Park more than a century ago by Europeans committed to the idea of establishing a population in the New World of all the birds mentioned in Shakespeare's works. These three are a good bit south of Central Park at the moment, for sure. Perhaps, for them this is South. Perhaps their journey is at an end...they have arrived.

There goes the neighborhood!
Posted by hootowlkarma at 6:32 PM No comments:

LIfe on the Fringes of the Futbol Field

Acres and acres of soccer fields in Wilmington are not without their natural niches... the developers wisely planted an abundance of trees along the perimeter. 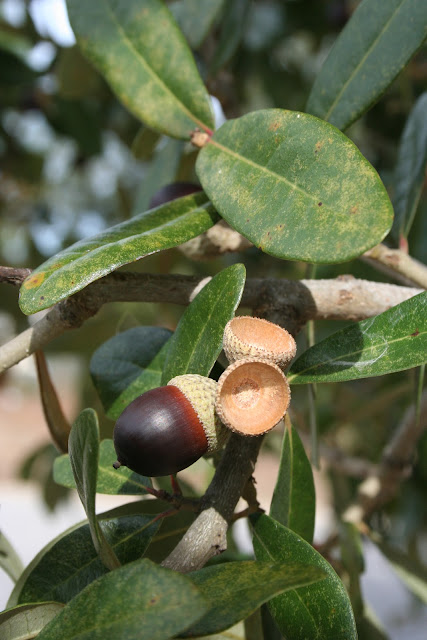 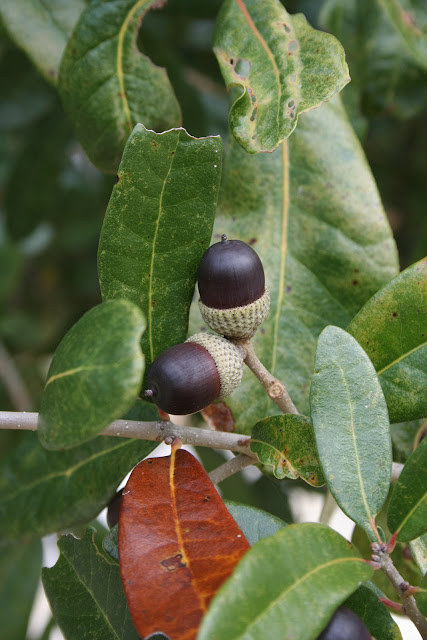 The oaks are young, but growing; producing lots of mast for the suburban deer herd, although some deer are not particularly fond of the live oak acorns' high tannic acid levels.

The trees also provide habitat and cover for watchers of an avian ilk. 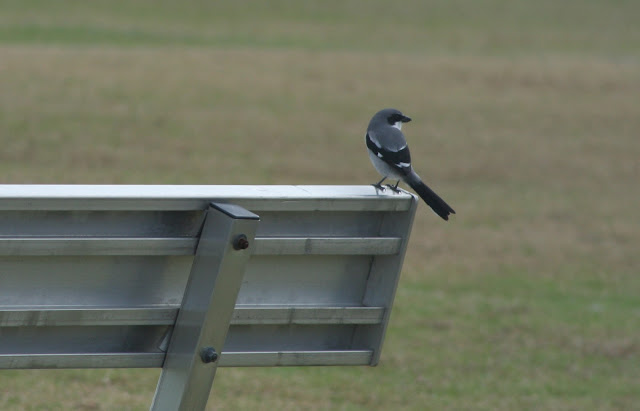 Loggerhead shrike, commonly called a butcherbird for its habit of impaling small vertebrate (and large invertebrate) prey on wire fences or thorns, seems to have adapted nicely to this new homeland of flat and neatly lined "meadows." This chap meandered from fence, to goal, to bench and back, living up to its passerine name, as it perched and searched for prey on a blustery autumn morn. 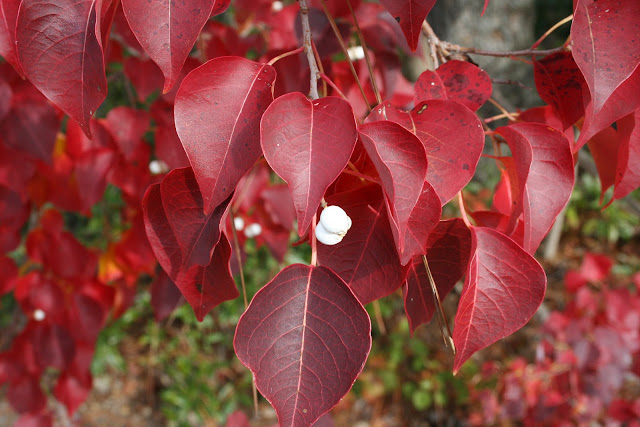 This striking beauty clung to a bank above the pond; aesthetic assets aside, the invasive non-native Chinese tallow tree, with it's popcorn-like seeds, aggressively occupies ecological niches once dominated by native species such as the eastern redbud or red mulberry. 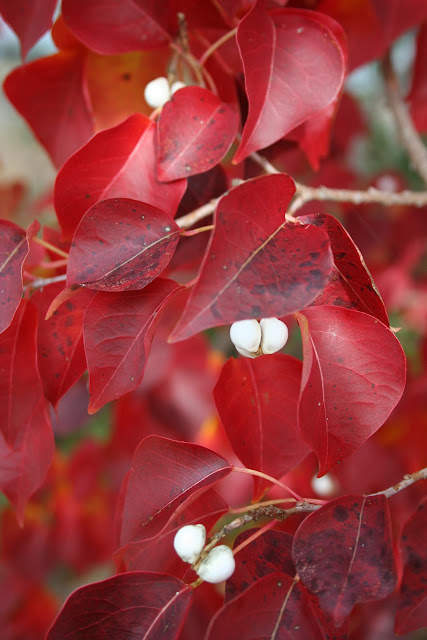 Time to head back to the soccer pitch for the mid-day match; be careful not to trample the late-blooming weeds! 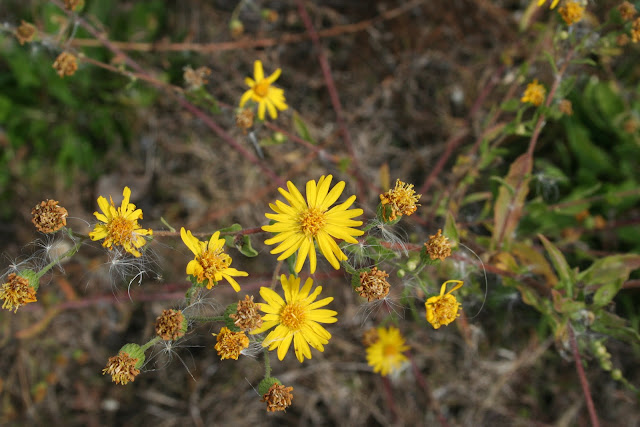 Posted by hootowlkarma at 1:20 PM No comments:

A brisk autumn afternoon with Julie and the boys in White Pines Nature Preserve... 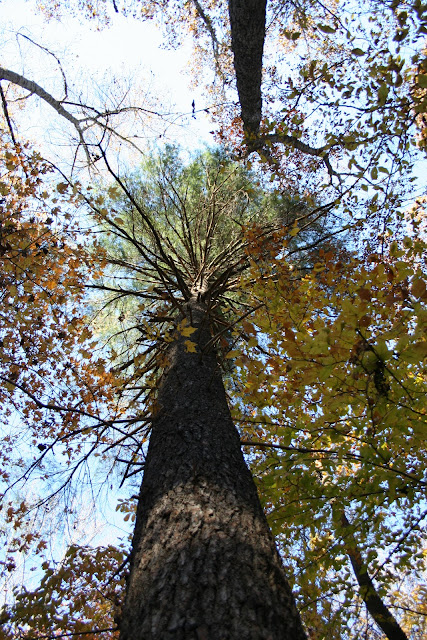 This majestic white pine rises to greet the heavens on a ridge above Deep River, just beyond its confluence with the Rocky River. Joining it are dozens of magnificent beeches, radiant in their autumn  raiment of aurum. 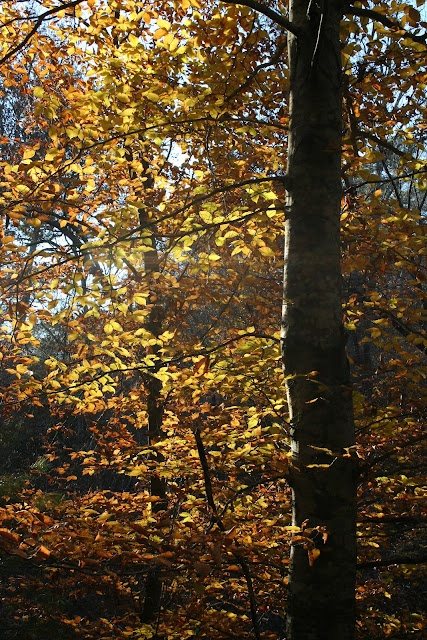 Gold gives way to copper as leaves poise on the brink of fall... 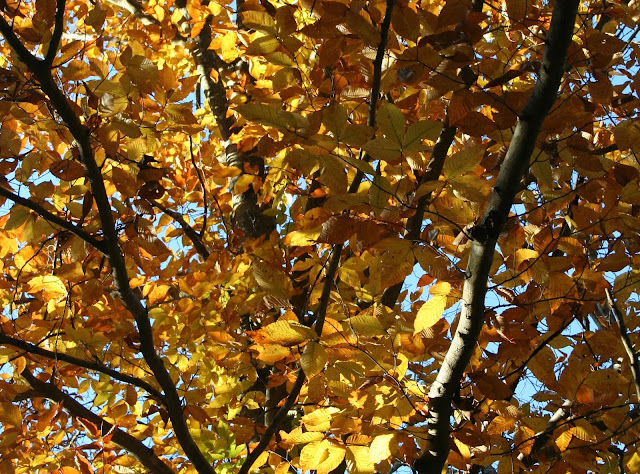 Out in the open, the light dances duplicitously with water and sky at just the spot where the two rivers mingle. 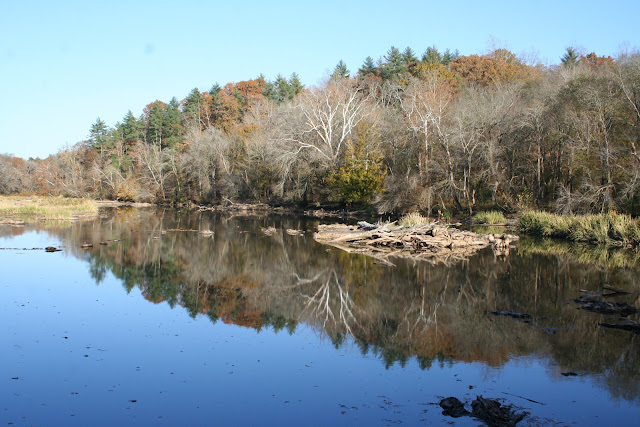 Despite the chill, things are still hopping in the floodplain just above autumn's slow moving streams... 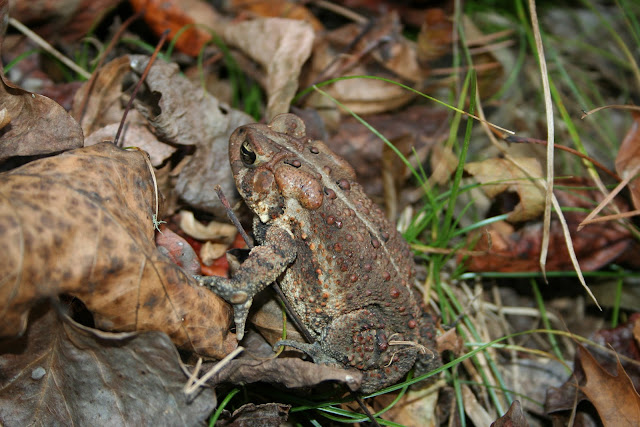 Bufo americanus isn't the only critter hopping today... There's fun for all down by the riverside! 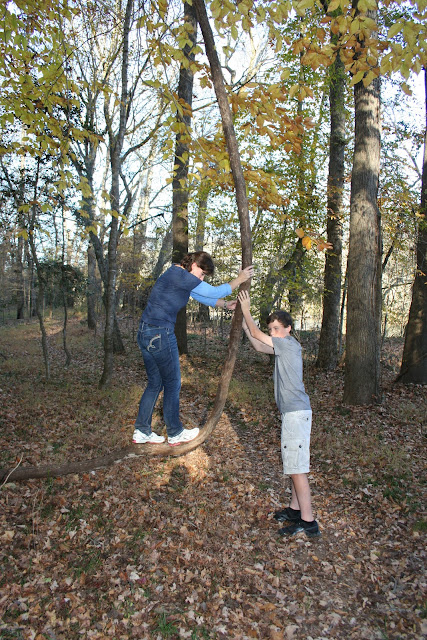 A mirror-like calm provides a visual feast along this quiet stretch of the Rocky River, 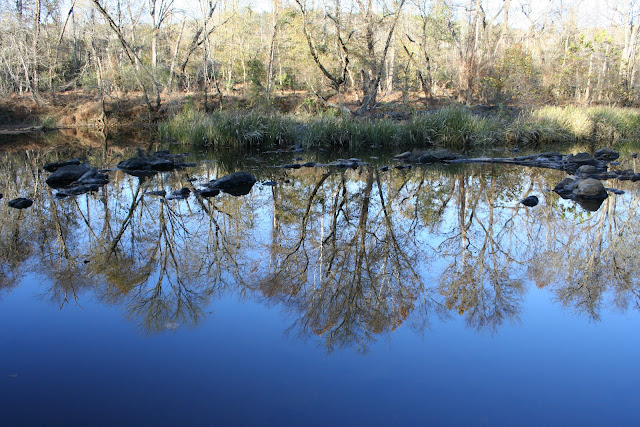 and a grand old sycamore joins in quiet reflection on this pristine autumn afternoon. 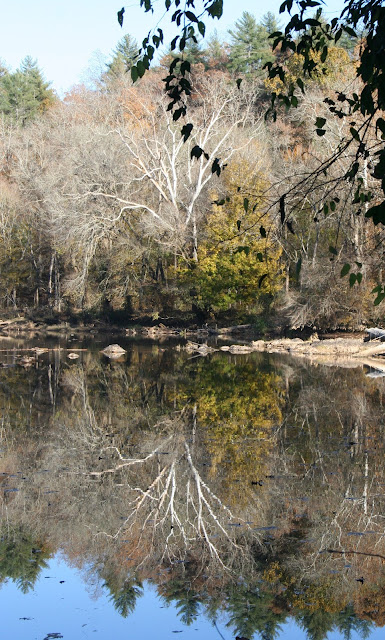 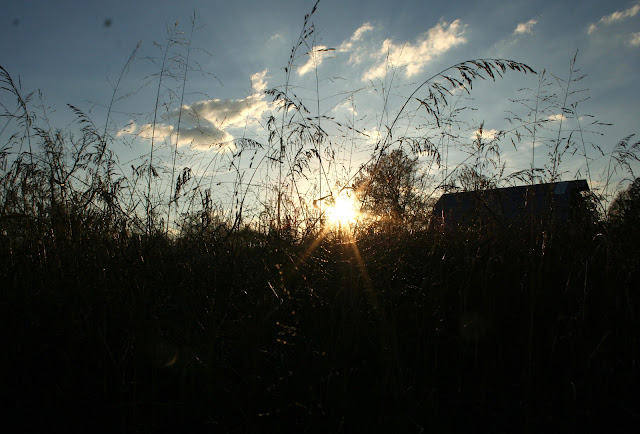 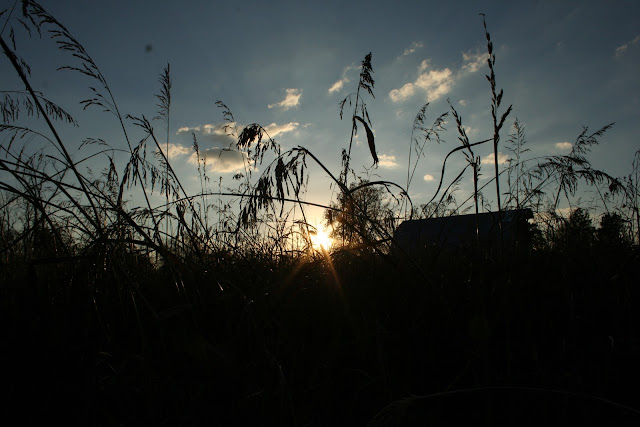 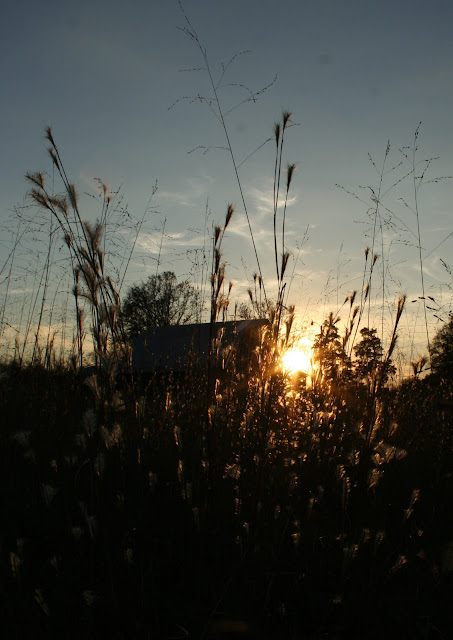 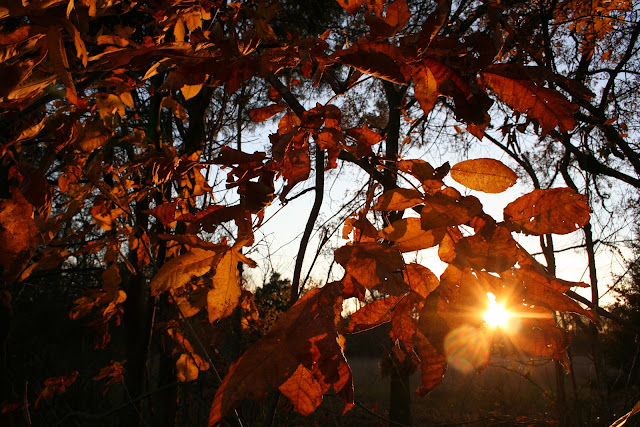 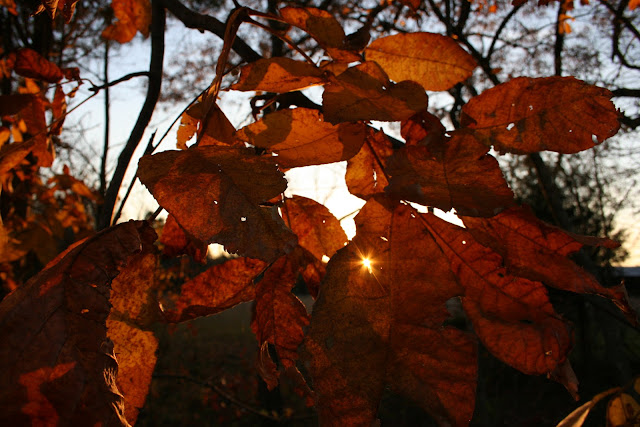 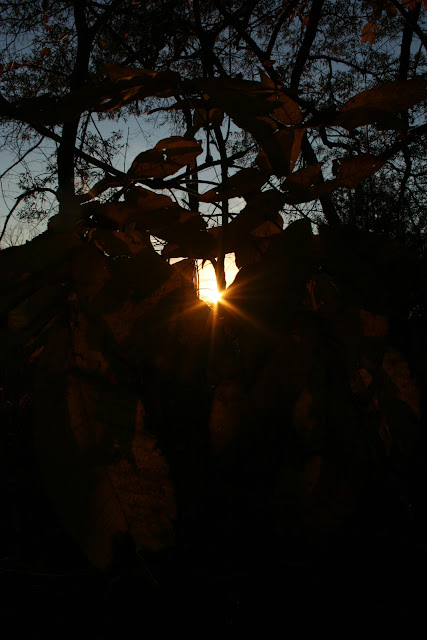 Posted by hootowlkarma at 4:27 PM No comments: