More than seventy-five years ago, humankind marked a significant milestone in the advance of scientific achievement, unlocking the power of the atom.

Birth and death.
Death and rebirth. 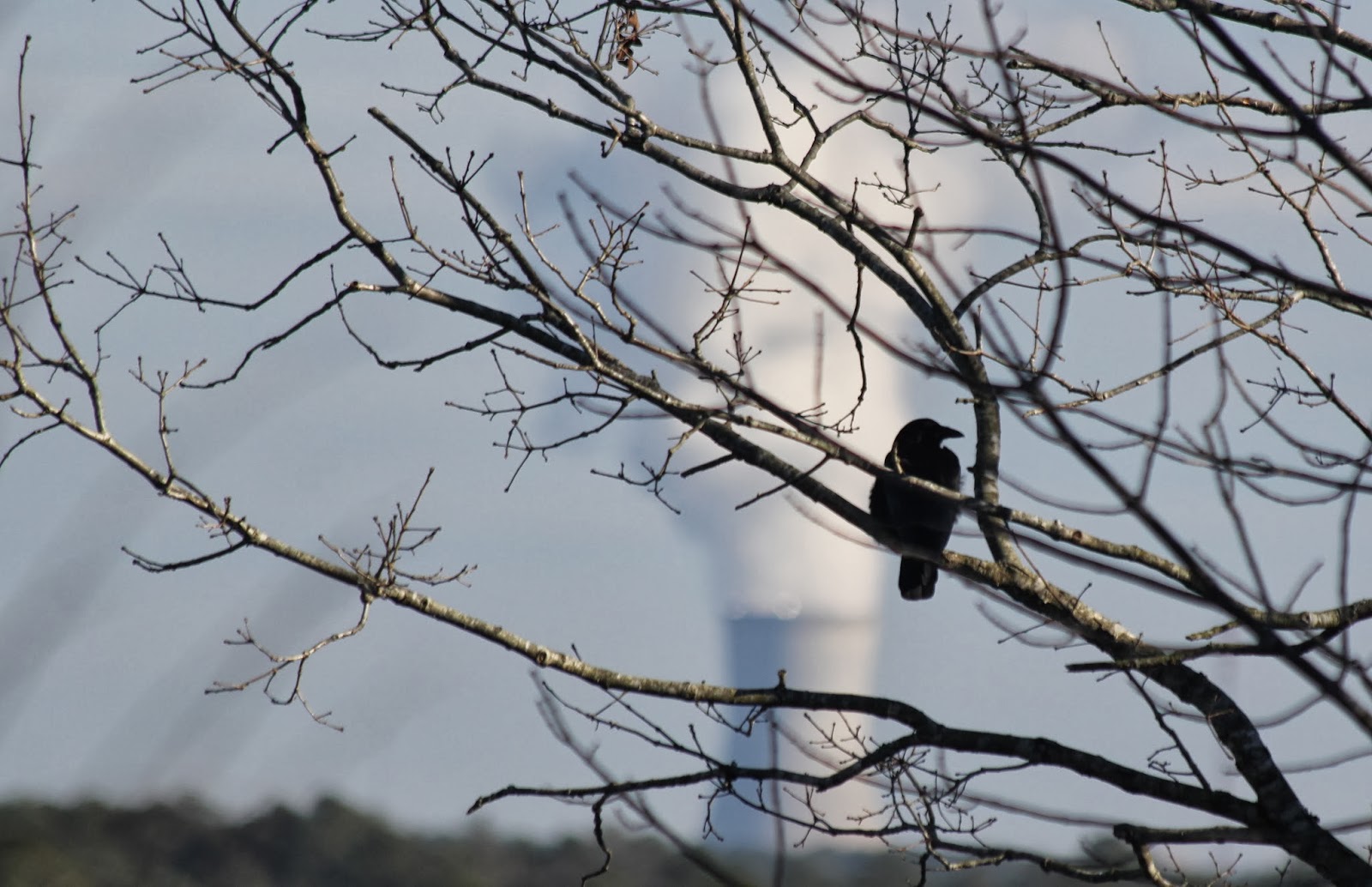 She sits at rest, black feathers absorbing heat from the sun.

Posted by hootowlkarma at 7:56 AM No comments:

Ice on the Pond

Old Jack Frost's trying to tell me something.

First on the window upstairs, then the windshield, now on the surface of the pond.

Trouble is, I can't decipher them. 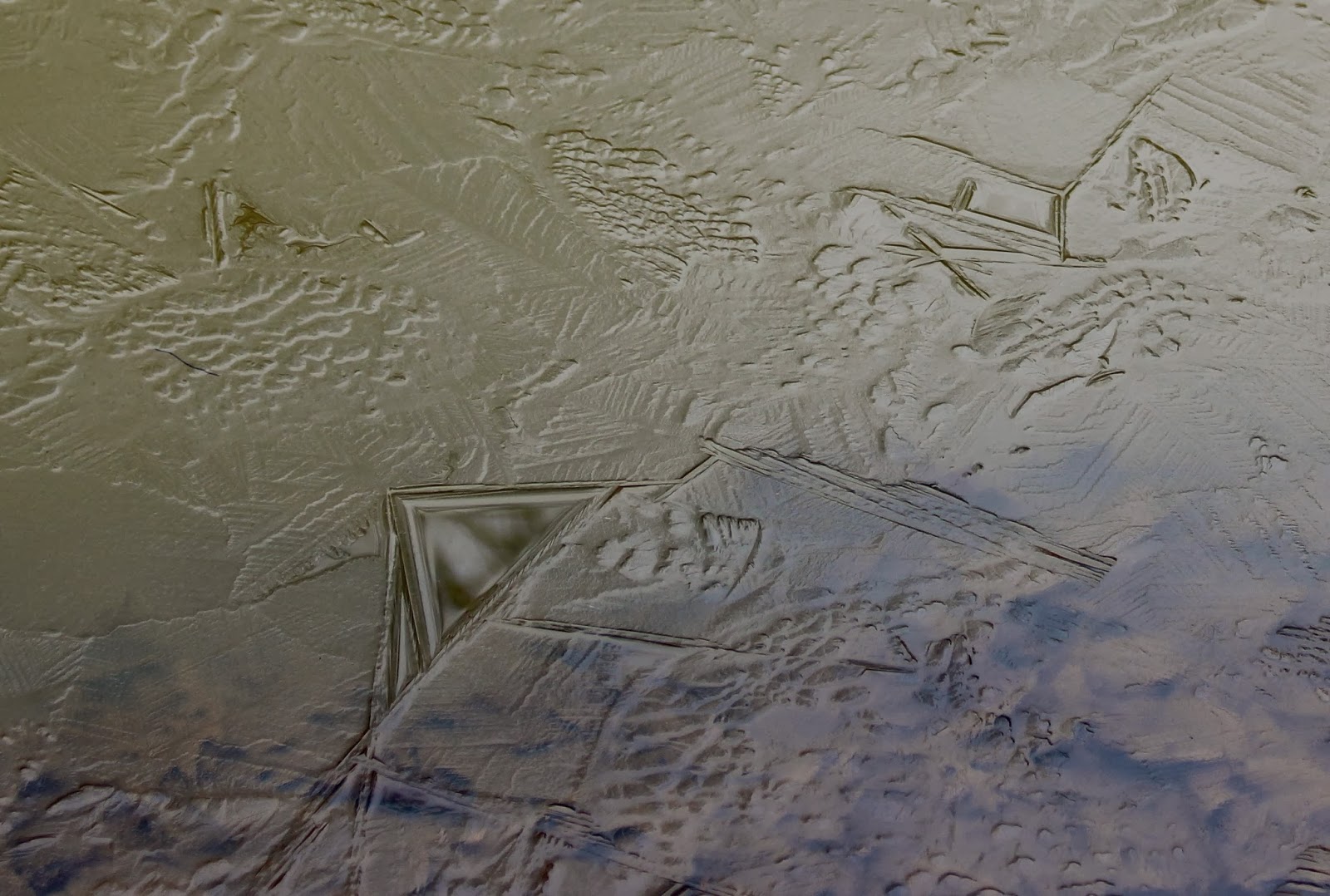 Stars and tracks and letters, hills and furrows, valleys and ridges, narrow lines and broad, bright and clear and beautiful.
Simple and familiar, yet intricate and indecipherable. 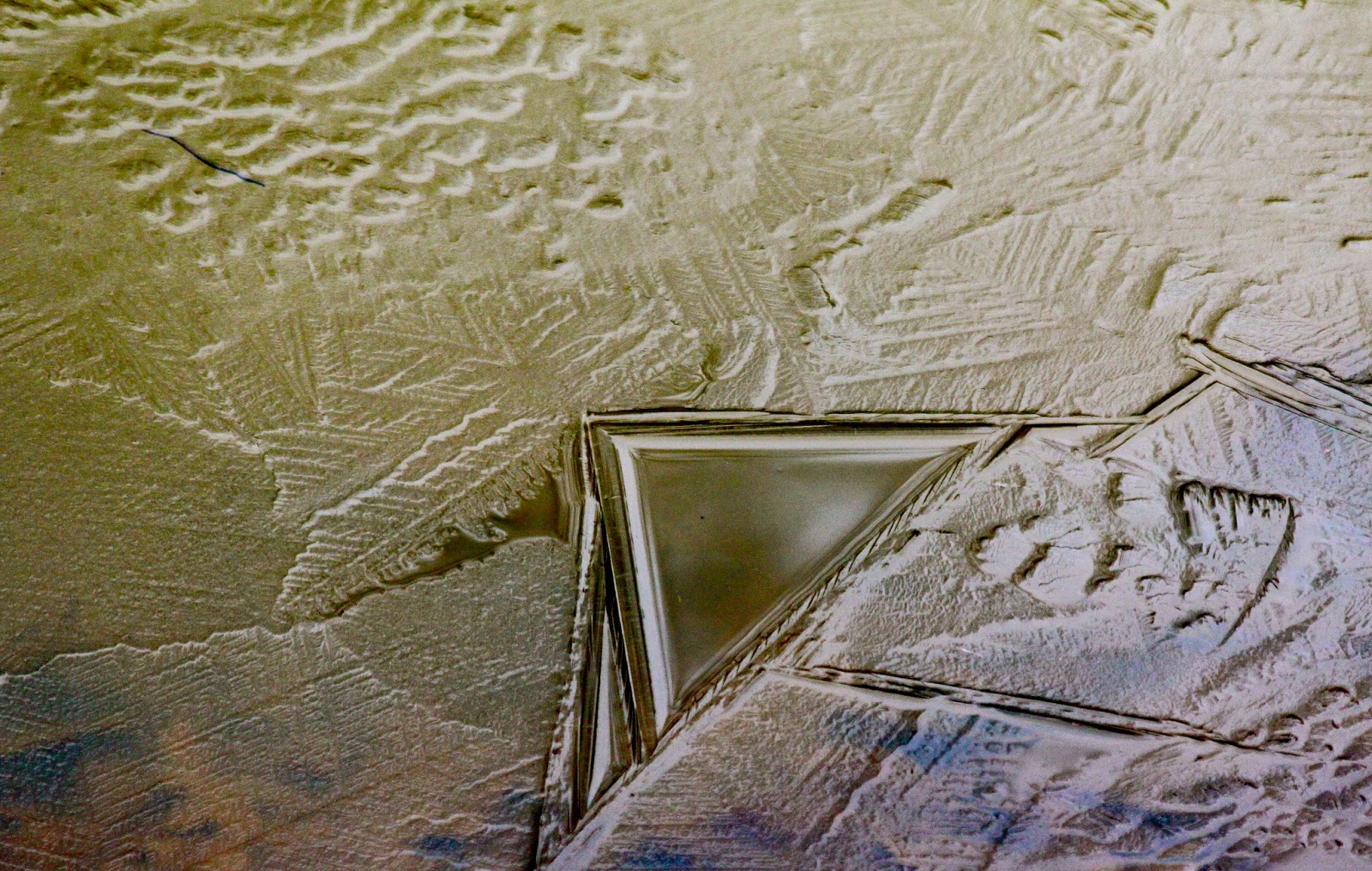 Right on the surface. But so, so deep...
Posted by hootowlkarma at 7:04 PM No comments:

Raptor of the Day

The day was a Saturday, the eleventh day of January. According to the Gregorian calendar and astronomical data, it was the year 2014, and there were over two months until the start of spring. Neither supporting nor disputing its placement in relation to the winter season, the weather on this particular day was decidedly mediocre. According to The Weather Channel's website, the high temperature for the day was 68 degrees, and approximately 0.32 inches of rain fell from the rather gray sky throughout the day. I'm not sure about the  temperature, since the multiple layers I was wearing to protect me from the rain kept me rather warm, but I remember the water level in the bottom of my shoes agreeing with the precipitation measure. 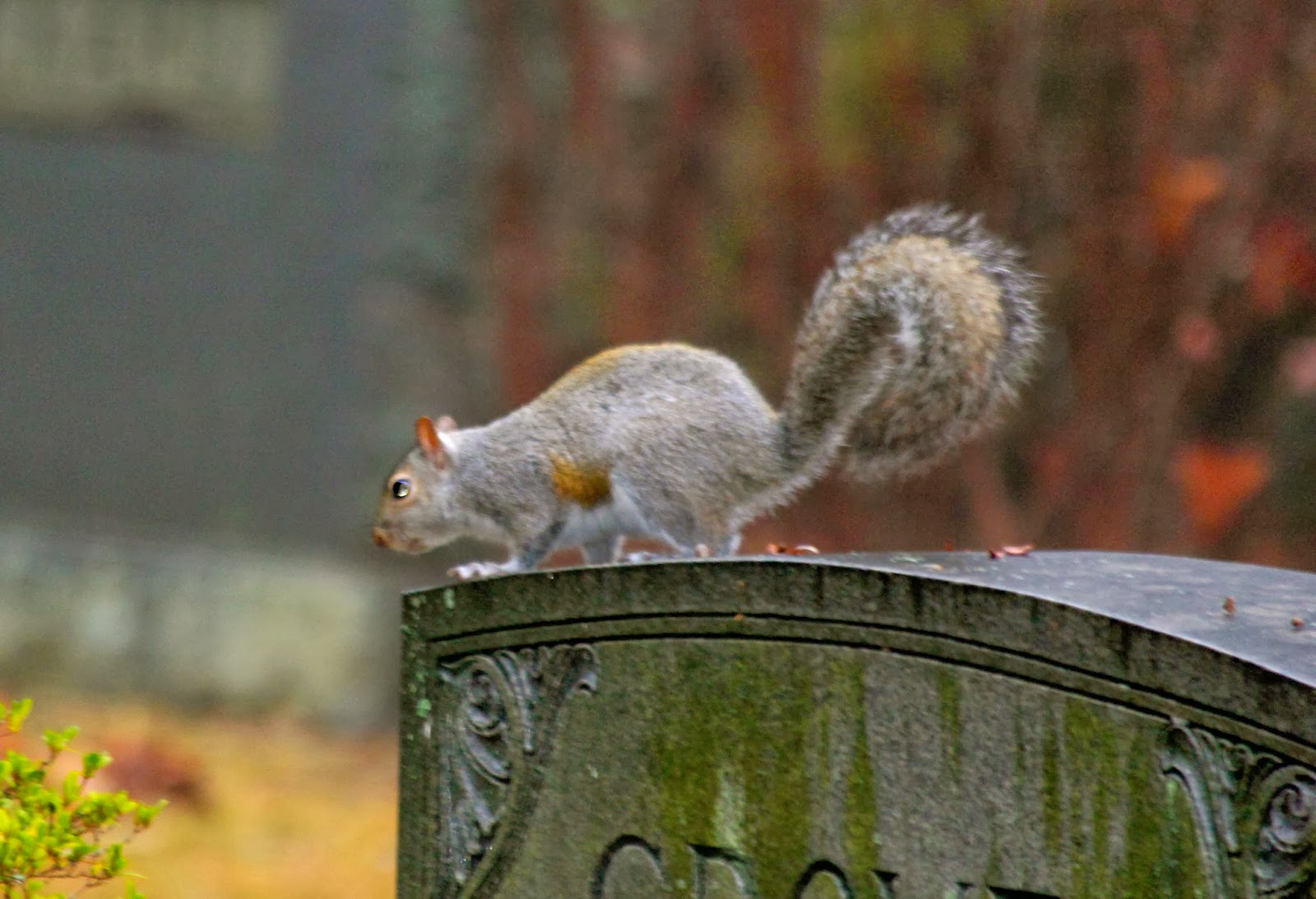 For the Randolph family, this seemingly dreary and desolate day was spent not settled inside by the fire with a good book, but at a track and field meet with hundreds of other families supporting their athletic children. Fortunately, this meet was held indoors, sheltered from the downpour, strong winds, and tornadoes that touched down in the area. Having woken up early on the first day of the weekend before exams, the Randolphs arrived in Chapel Hill with more than a few yawns, a nice camera, and far more than their share of luck. 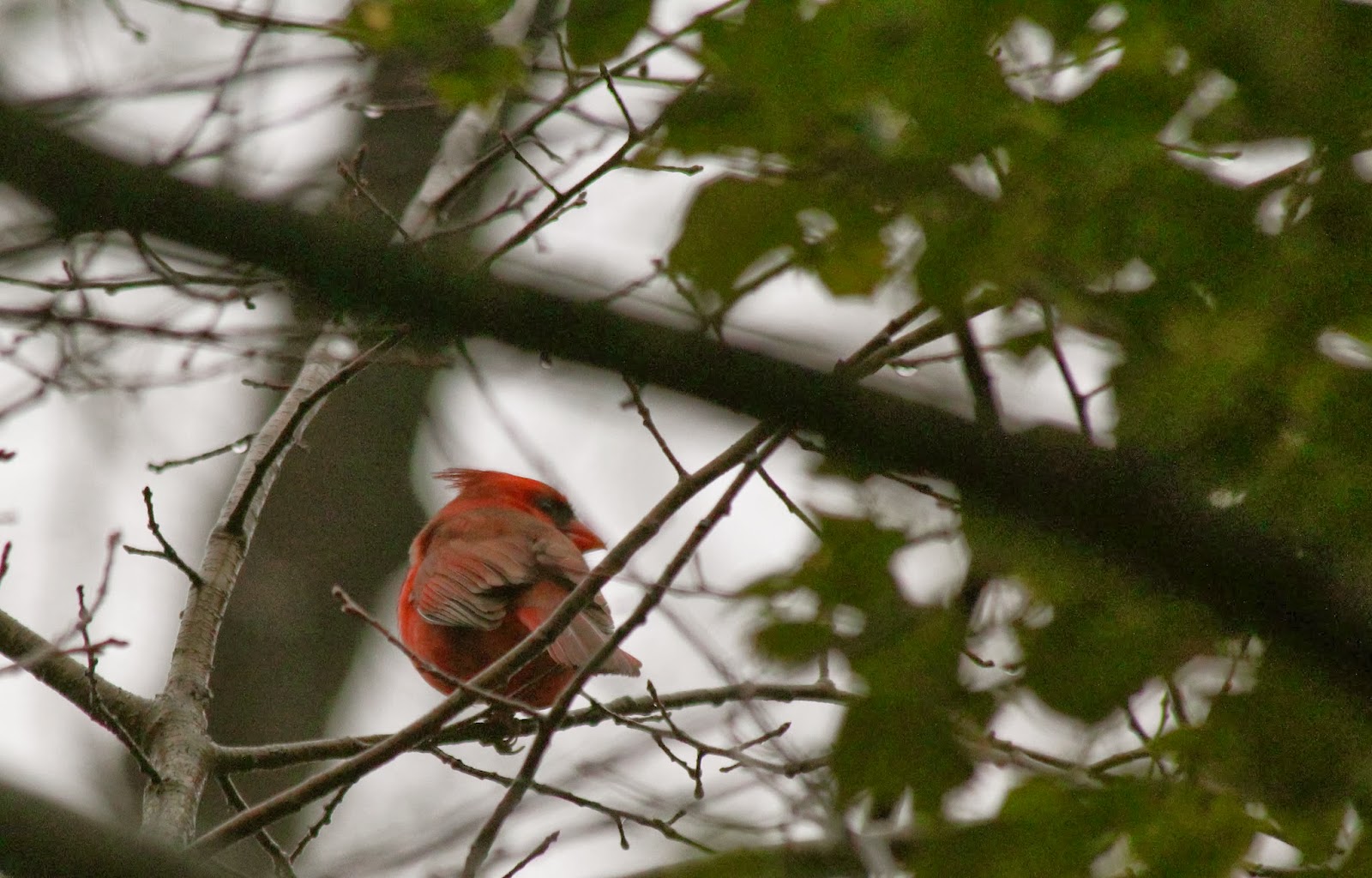 No, I'm not talking about the squirrel Jimmy and Hunter saw on a gravestone while making the trek to the indoor track facility. And no, I'm not referencing the cardinal they tracked for a few trees before losing sight of him in a bush. Nor am I speaking of the two slices of pizza they procured from a man outside the facility for only two dollars apiece. (Although I think we all would have been perfectly happy with that) 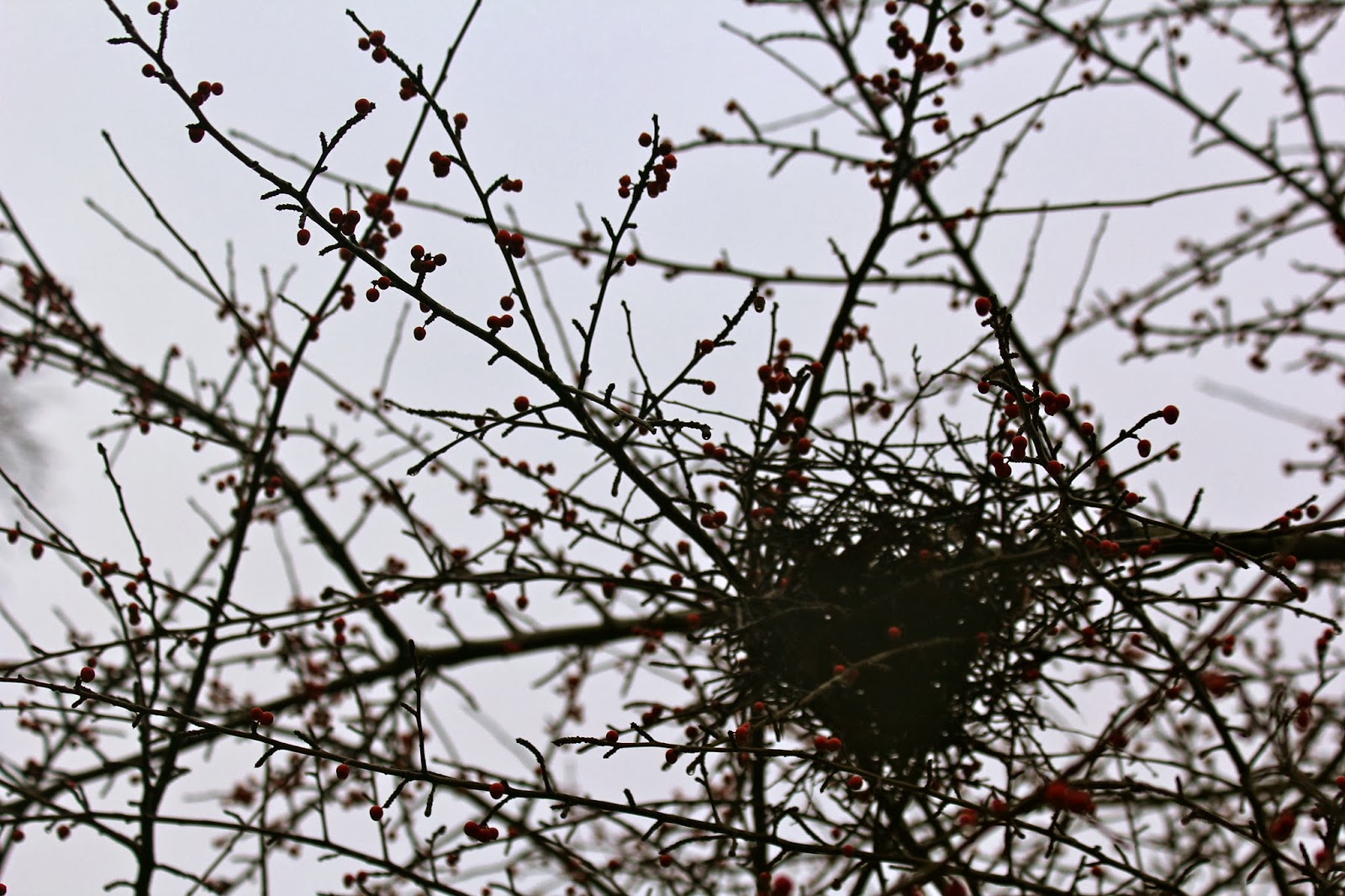 Jimmy spotted a mockingbird in the same tree he photographed one in last year at a similar event! 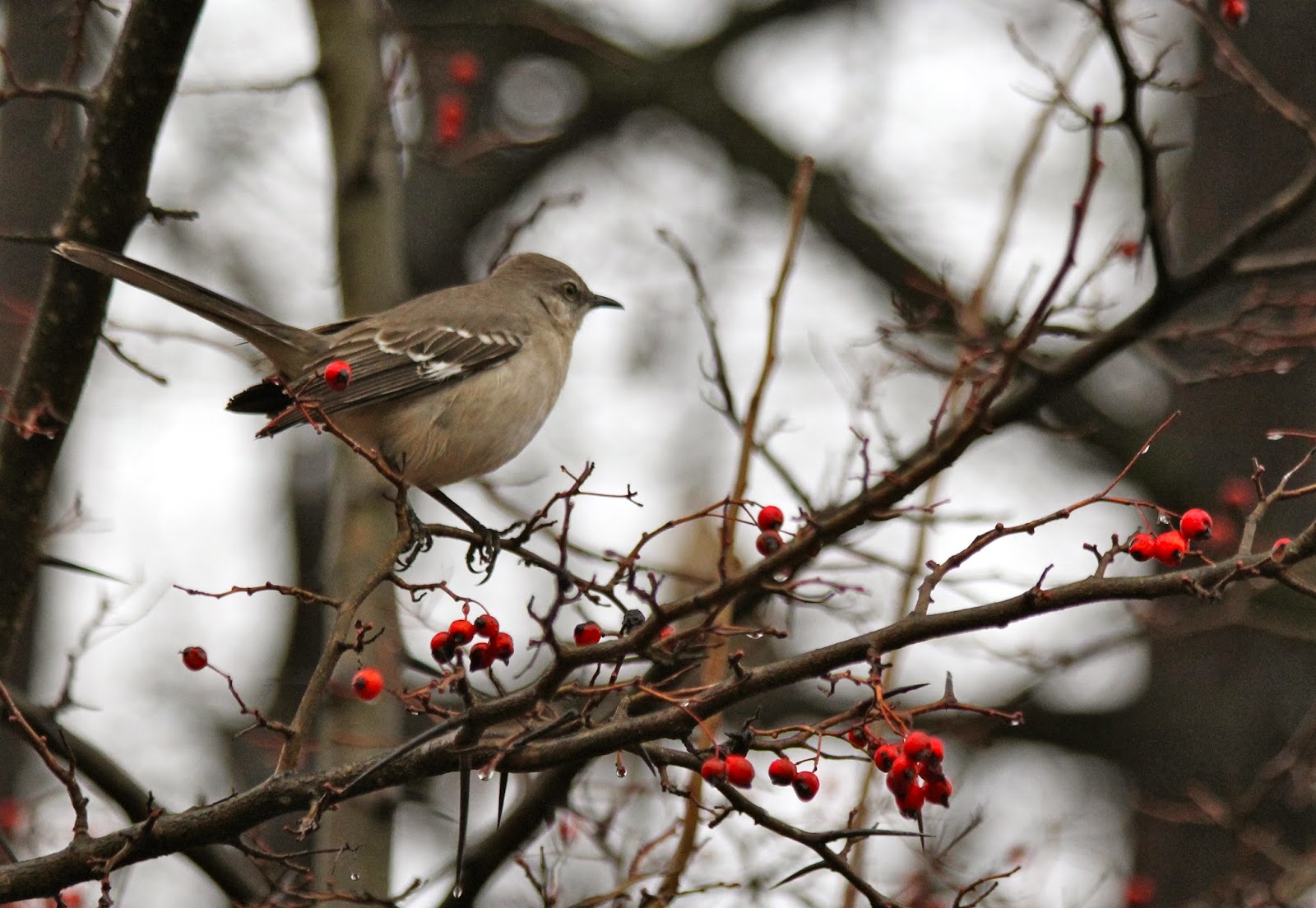 Wait.. I seem to remember there being something else.. something to do with foreshadowing in nature.. 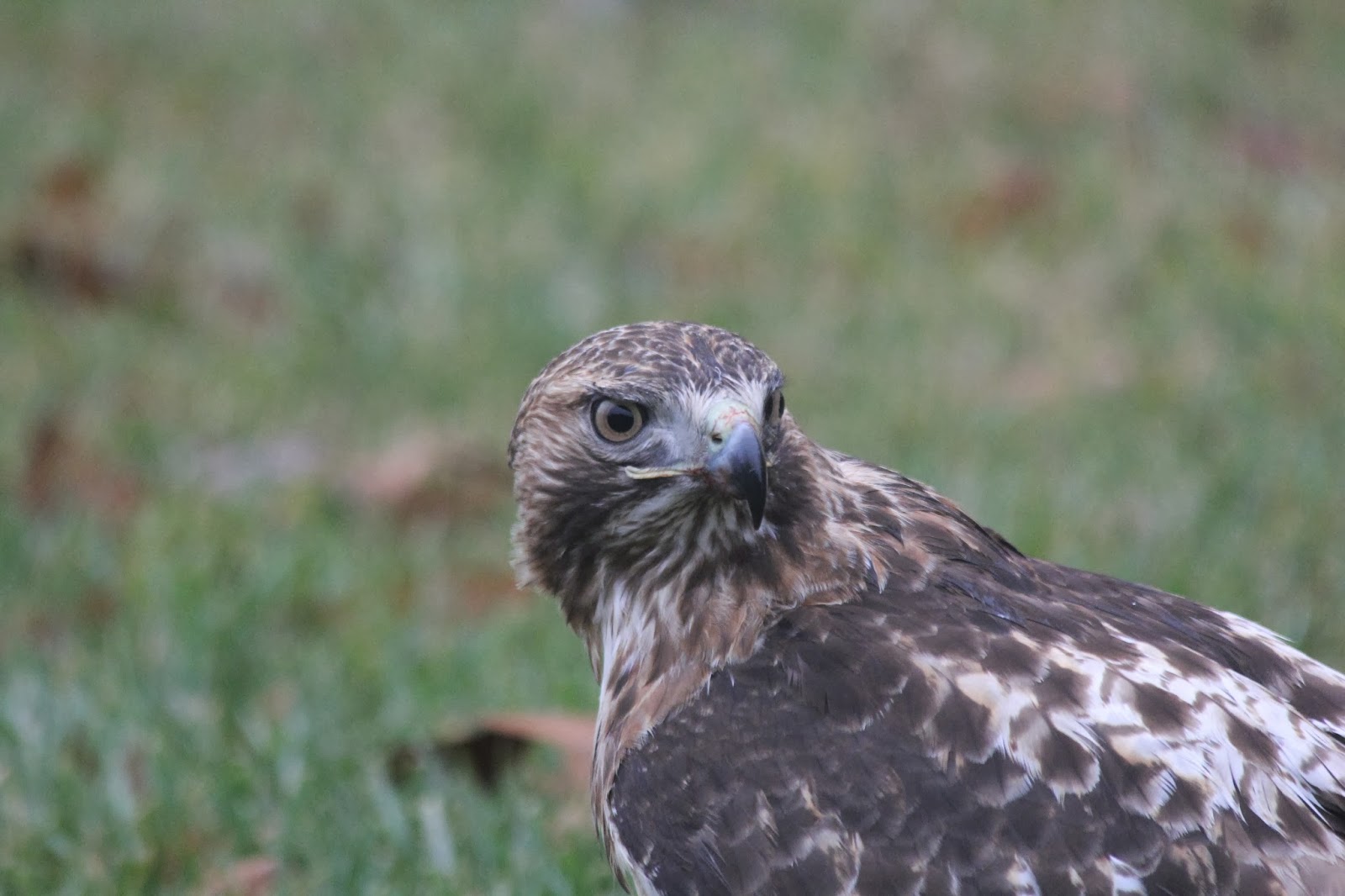 and a big bird... I seem to remember something about that as well... 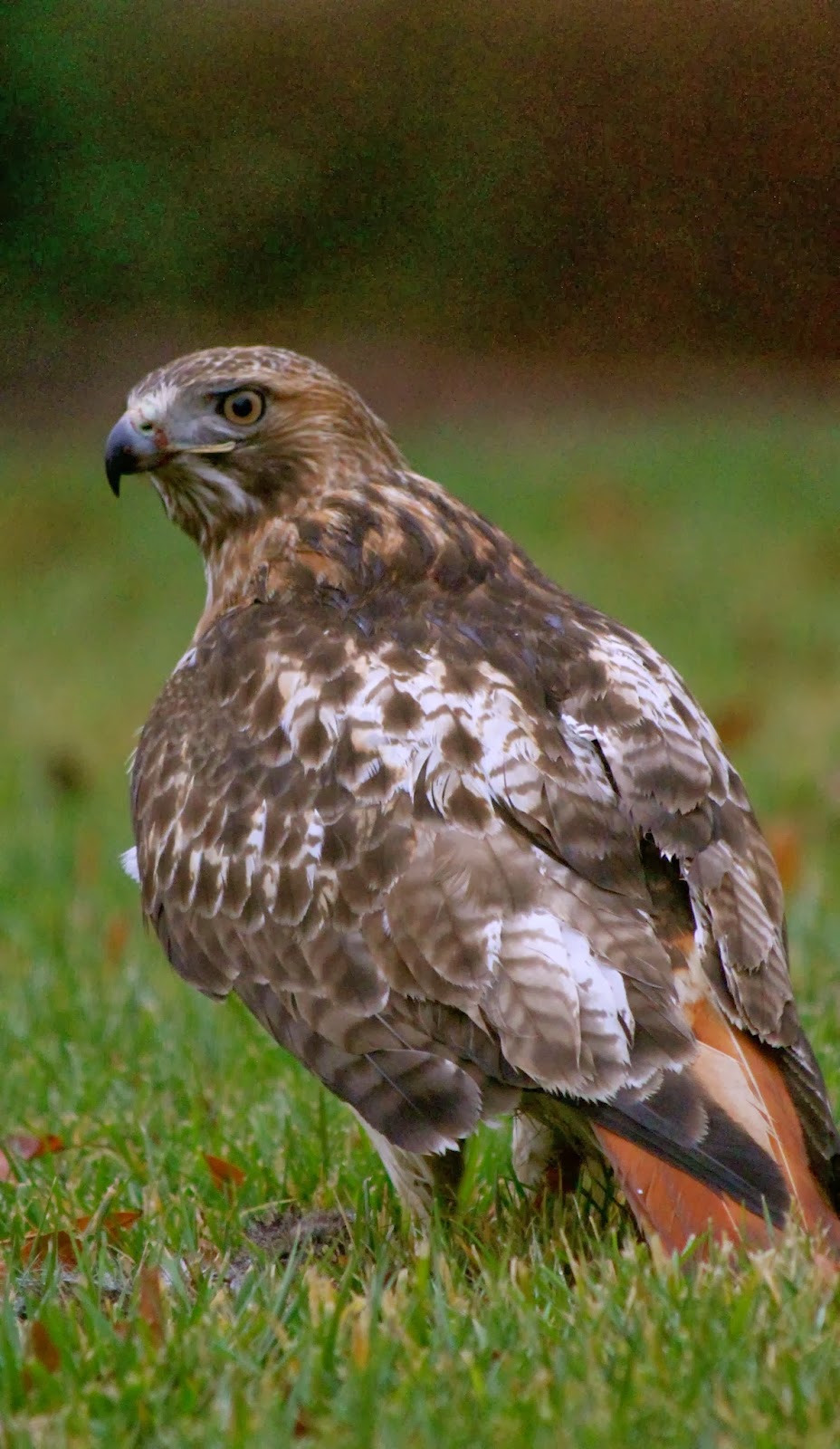 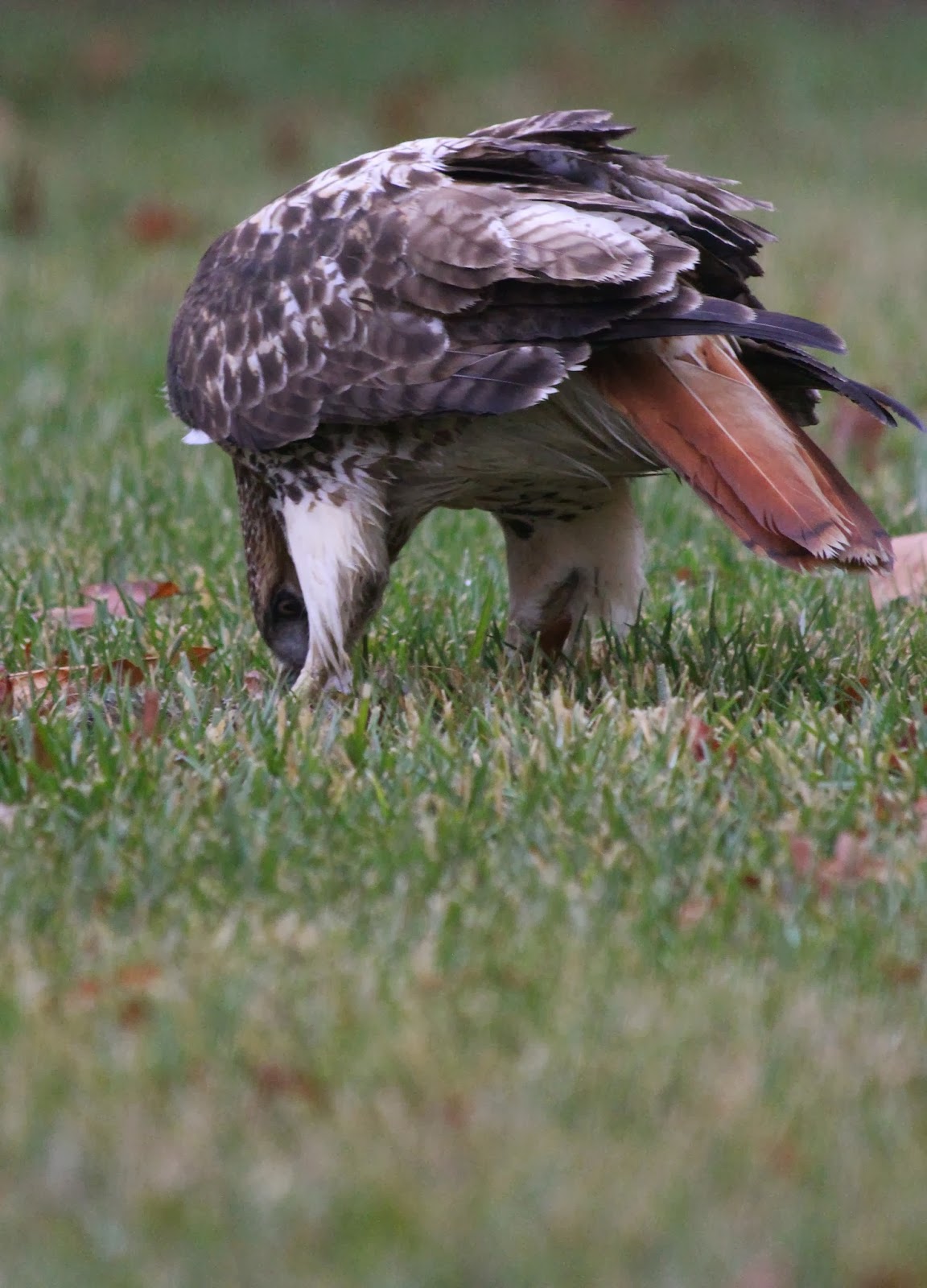 I do believe I took pictures of it... Yes, that's it! A large bird near the sidewalk... 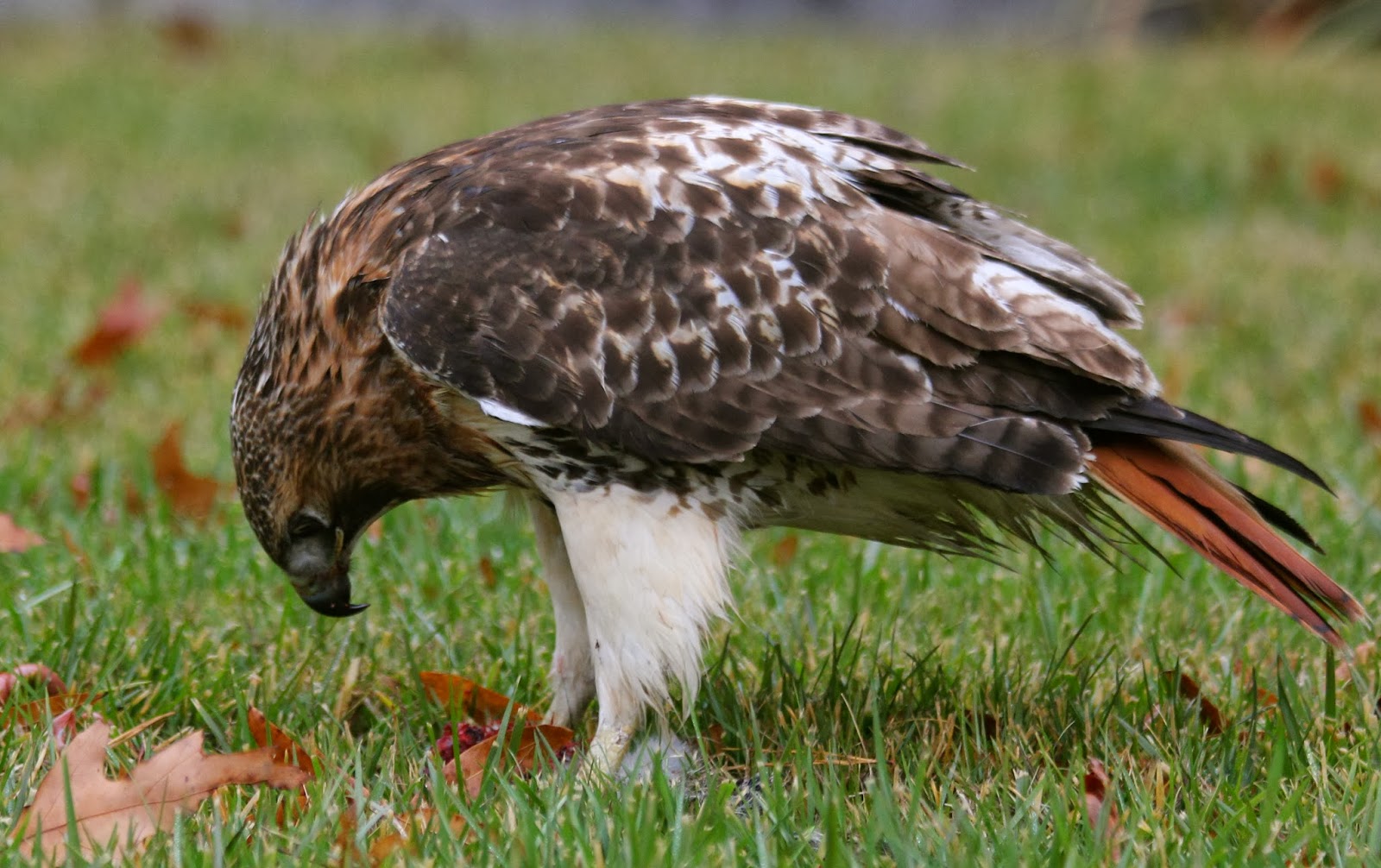 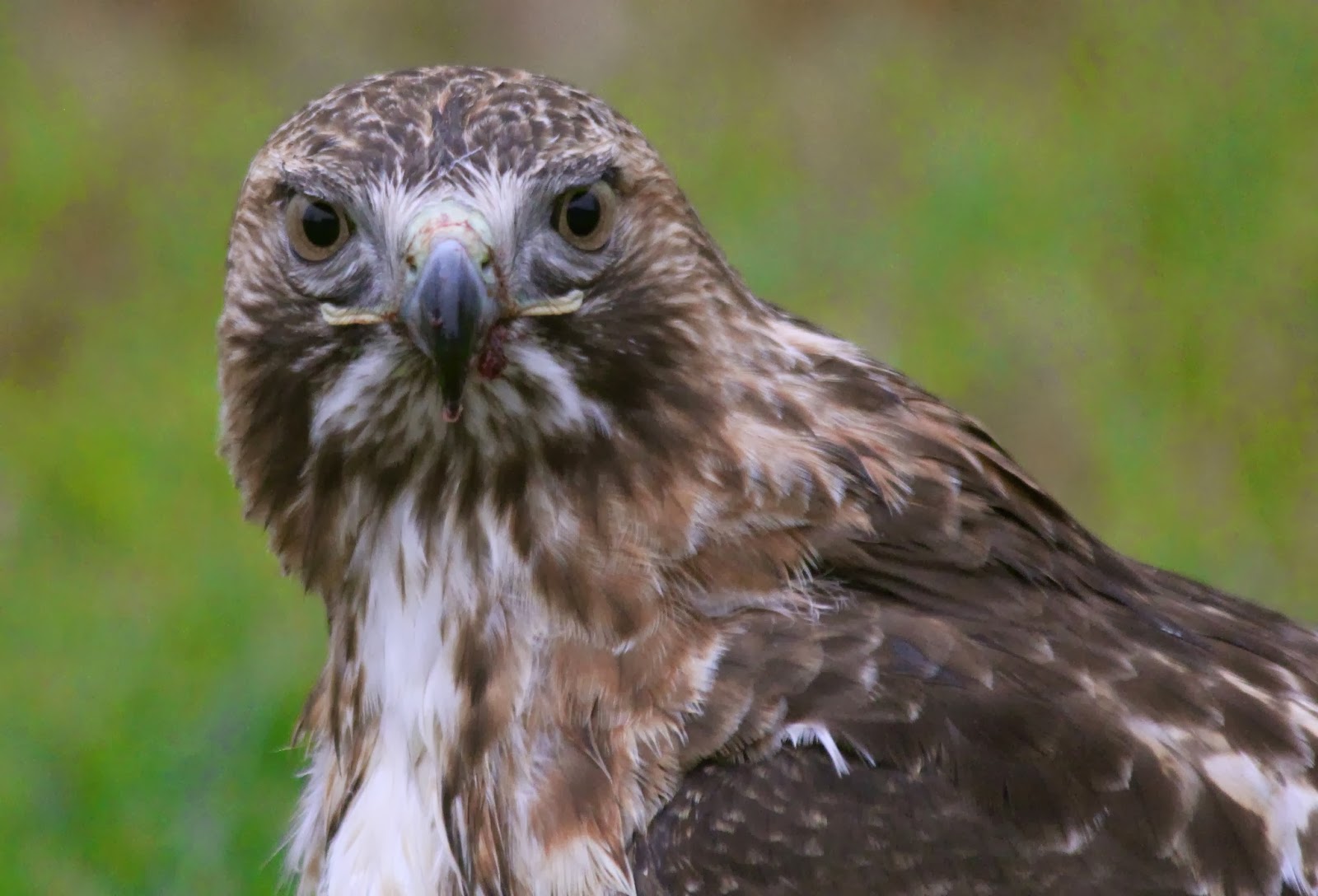 Close enough to see the blood dripping from the corners of its mouth.. but where was the blood from? 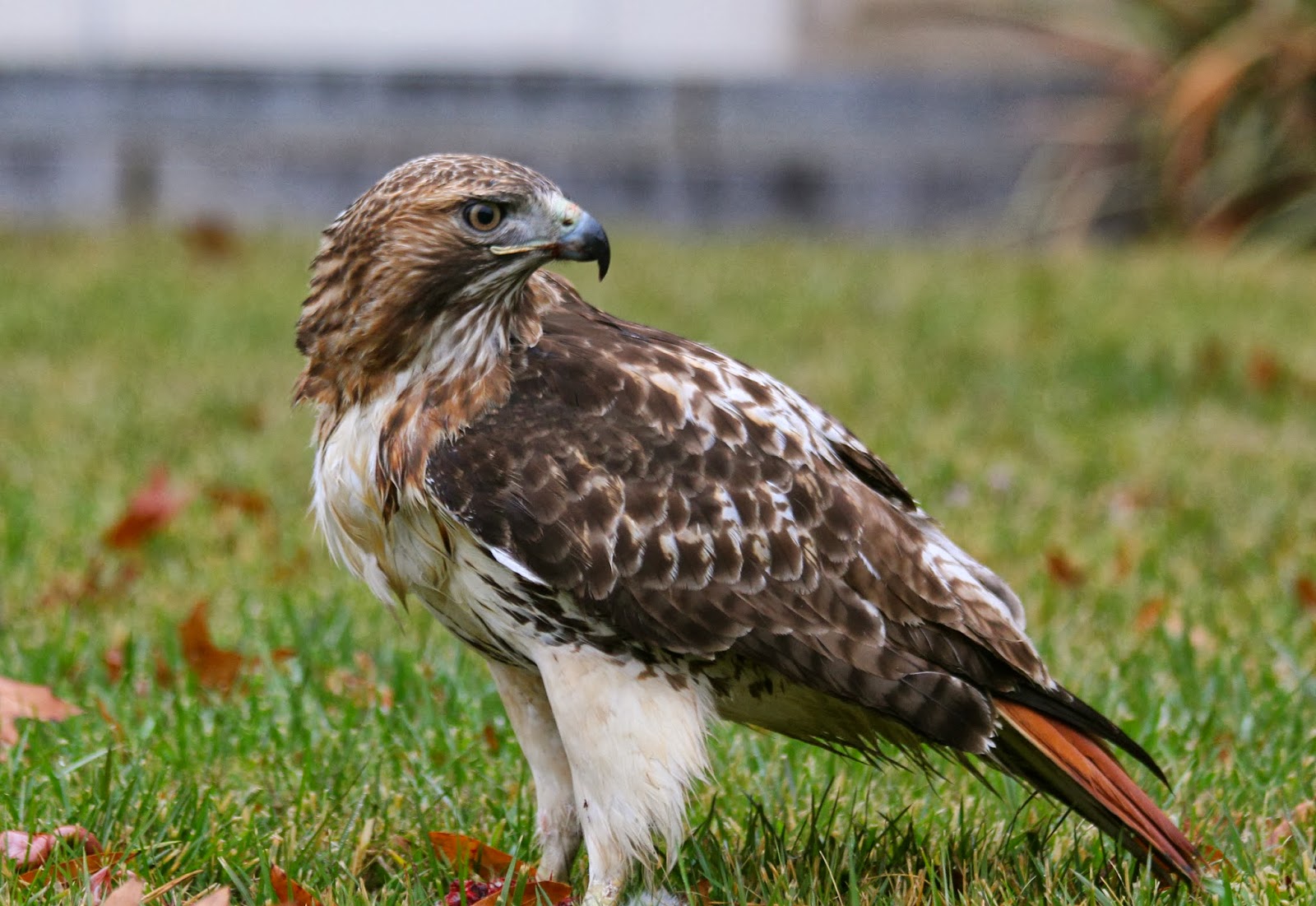 Ahhhh, there it is! The squirrel on the gravestone, the foreshadowing, the red-tailed hawk eating a squirrel.. It's all starting to come back to me.. 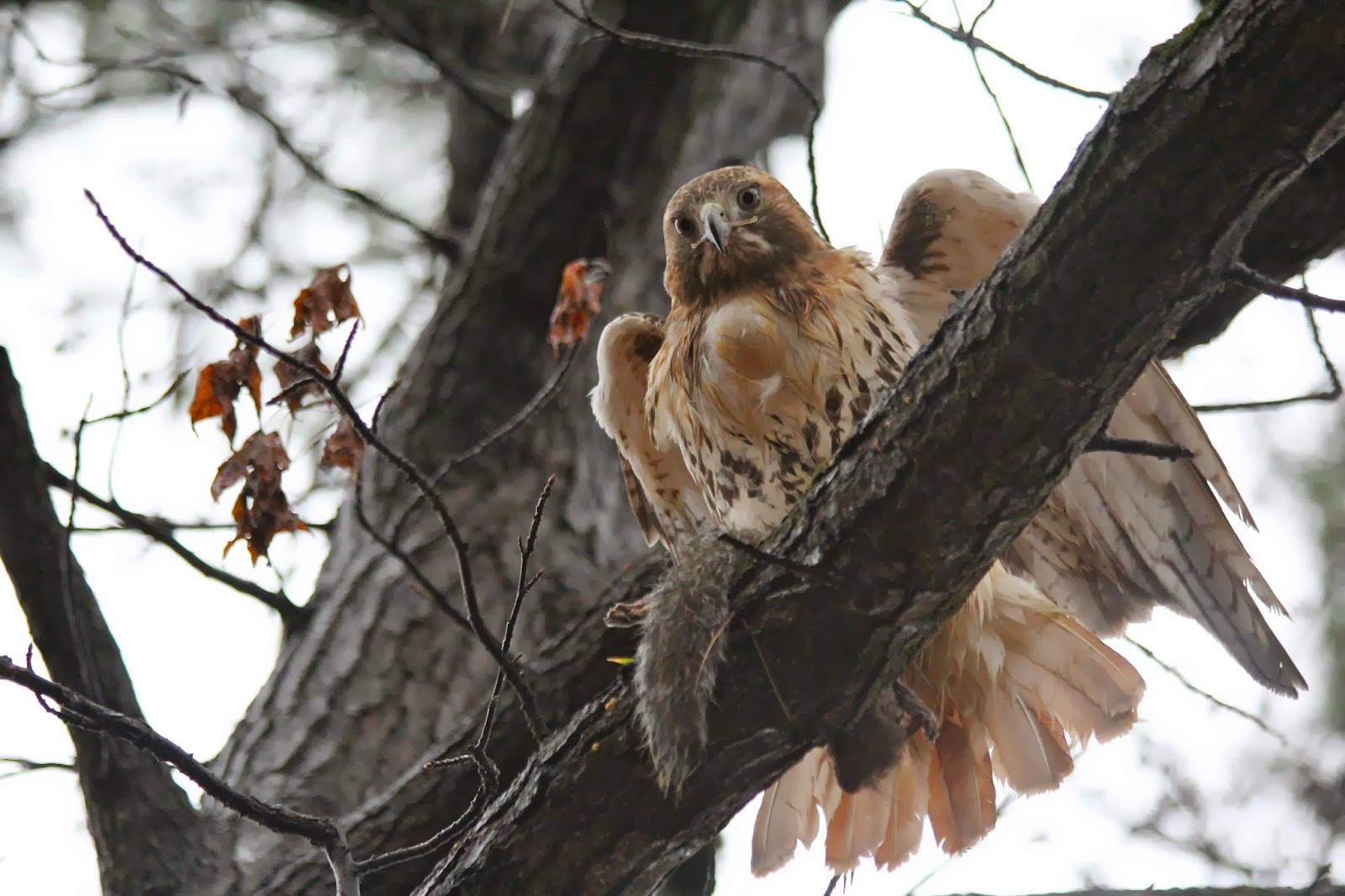 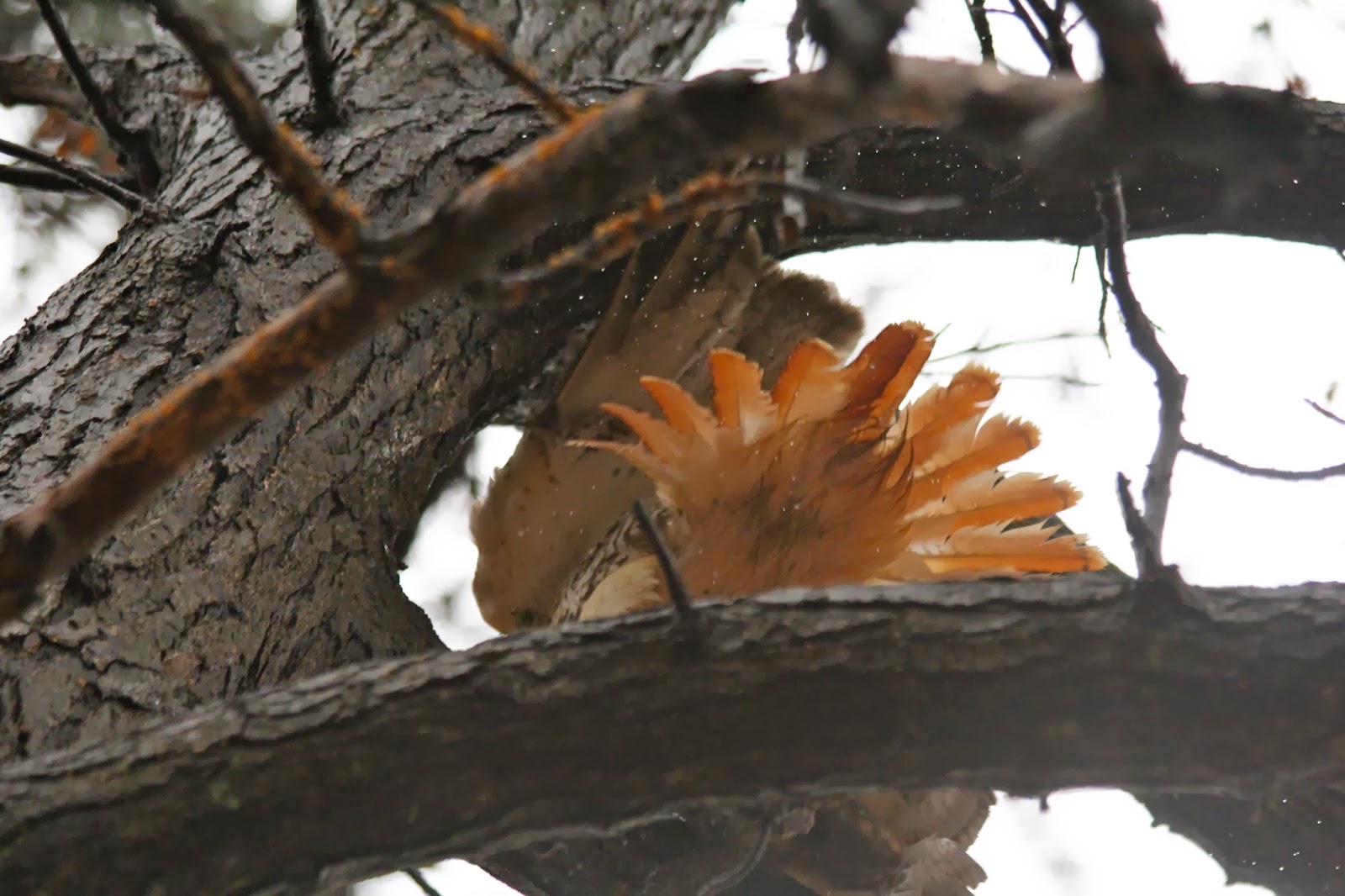 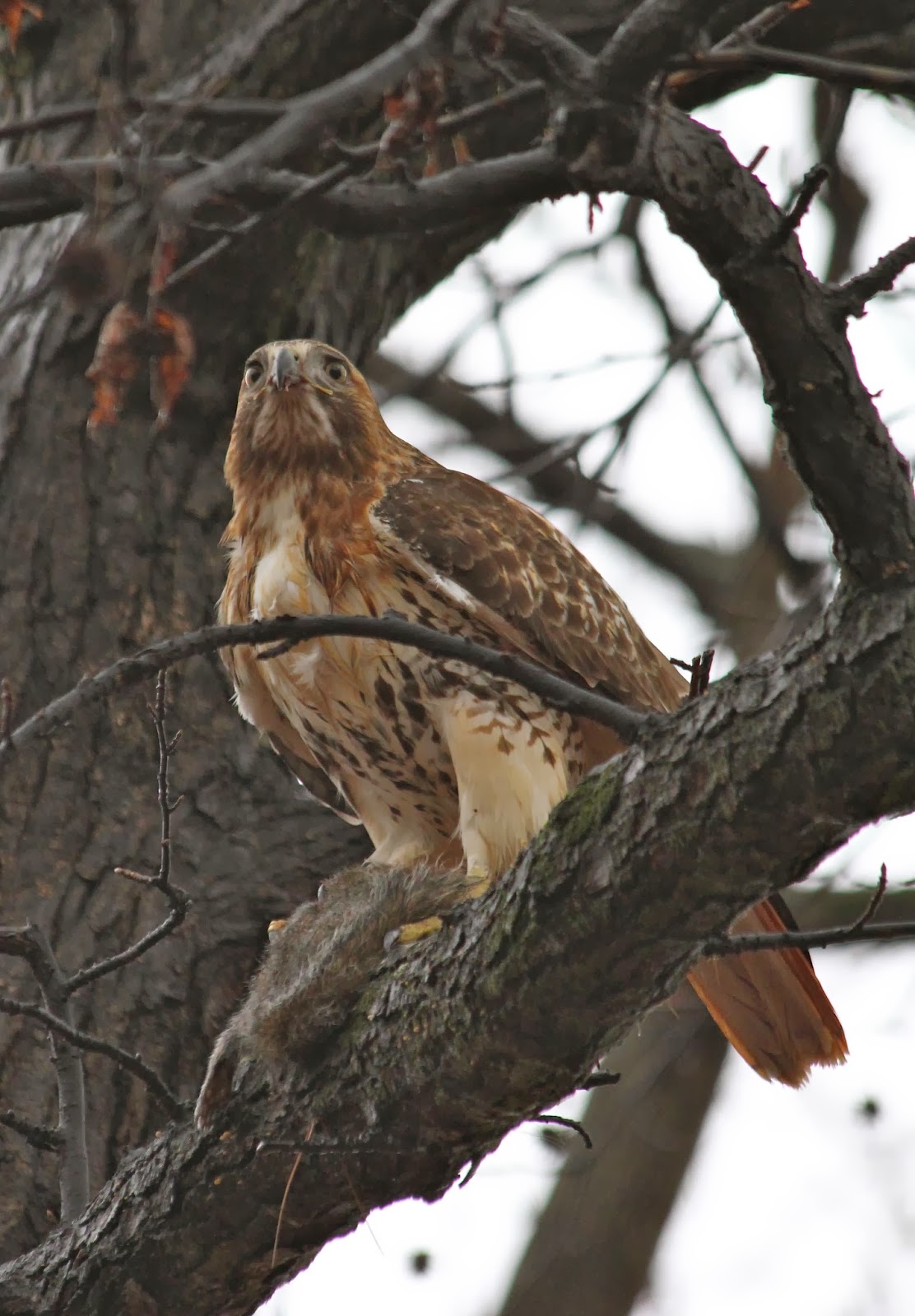 Indifference. According to Dictionary.com, the word means, when used as an adjective, "without interest or concern".
- Hunter
Posted by hootowlkarma at 7:16 PM No comments: