After a Saturday largely filled with cross country meets, English projects and AP US History, by late afternoon the boys were ready for a break. After a brief family confab, we headed out for Weymouth Woods  Sandhills Nature Preserve for a quick dose of nature and the great outdoors. 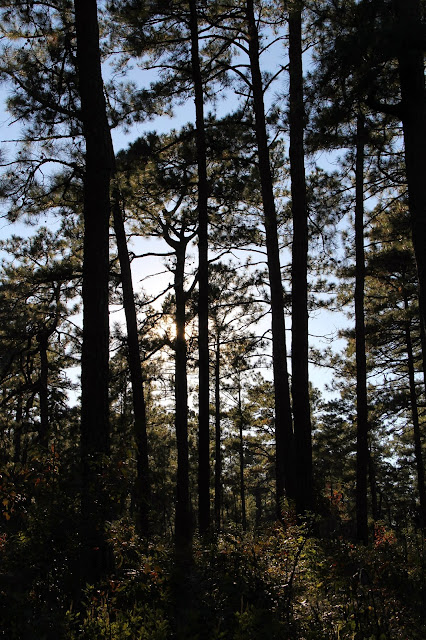 The sun was already flirting with the sandy ridges and the mature old long-leaf pines had cast their long shadows deep among the loblollies standing in the bottom before we left the trailhead. Julie and Hunter moved on ahead while Jay and I lagged behind with our cameras. By the time we reached the low wooden footbridge which carries the Lighter Stump Trail across one of the tiny tributaries of James Creek, the sun was completely hidden. And one of the park's night-loving predators was on the move... 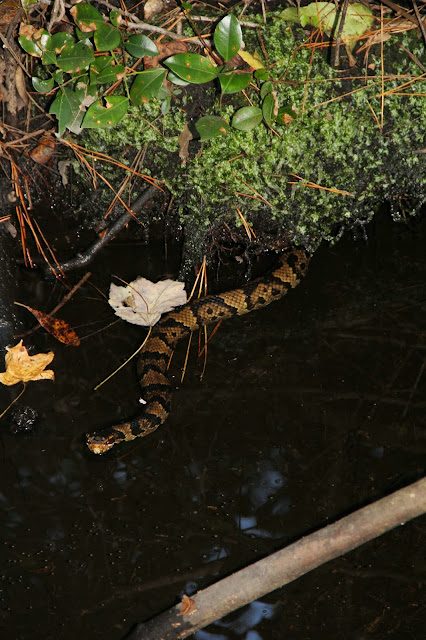 Agkistrodon piscivorus, a.k.a. Eastern Cottonmouth, one of North Carolina's five venomous members of family Viperidae, hunting here in Moore County along the extreme western border of its range in North Carolina. 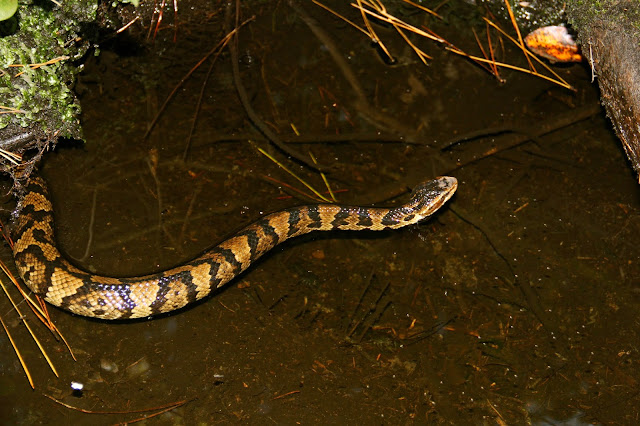 A handsome young individual with distinct and beautiful markings somewhat suggestive of the "hourglass" banding of its close cousin the copperhead, the snake watched us silently for a moment before gliding smoothly across the surface to seek cover in the moss-covered roots of the black gum tree across the way. 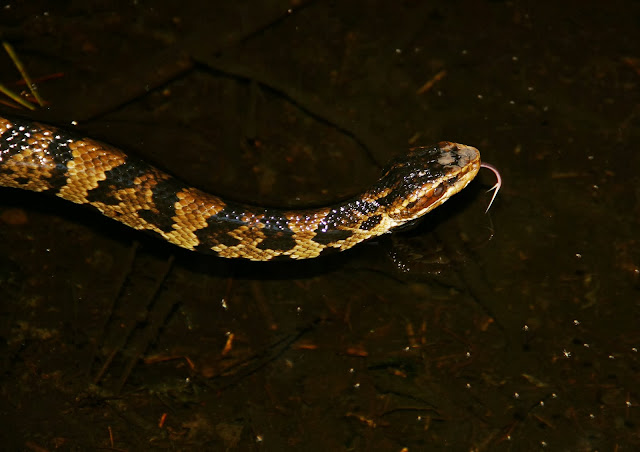 And, as its body began to move, so too did its tongue. Tentatively at first, then frantically, almost too fast to see. Perhaps our scent intrigued it, or perhaps prey was near, but it repeatedly flicked its highly-sensitive, deeply forked tongue, sharing up-to-the-second olfactory data with the "Jacobson's Organ" located in the roof of its mouth, which made sense of whatever scent(s) had so aroused its tongue. 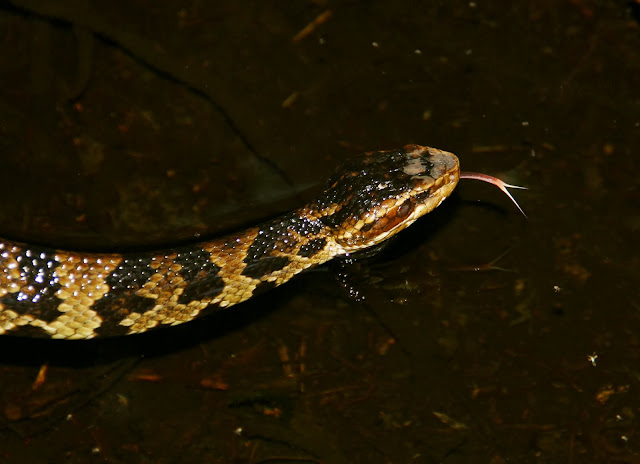 Fortunately for us, and our loyal Hoot Owl viewers, Jay was quick-witted enough to video a few seconds of the scene with his iPhone, so that you can witness our reptilian tongue-twister in action.


Posted by hootowlkarma at 7:11 AM