Hoot Owl Karma has encountered many of North Carolina's native snakes over the years and many of those encounters have been chronicled in the pages of this blog. Some of our most memorable snake stories, however, occurred long before blogs (or even the world wide web) existed, and it has been almost that long since we encountered a native reptile of this one's size. 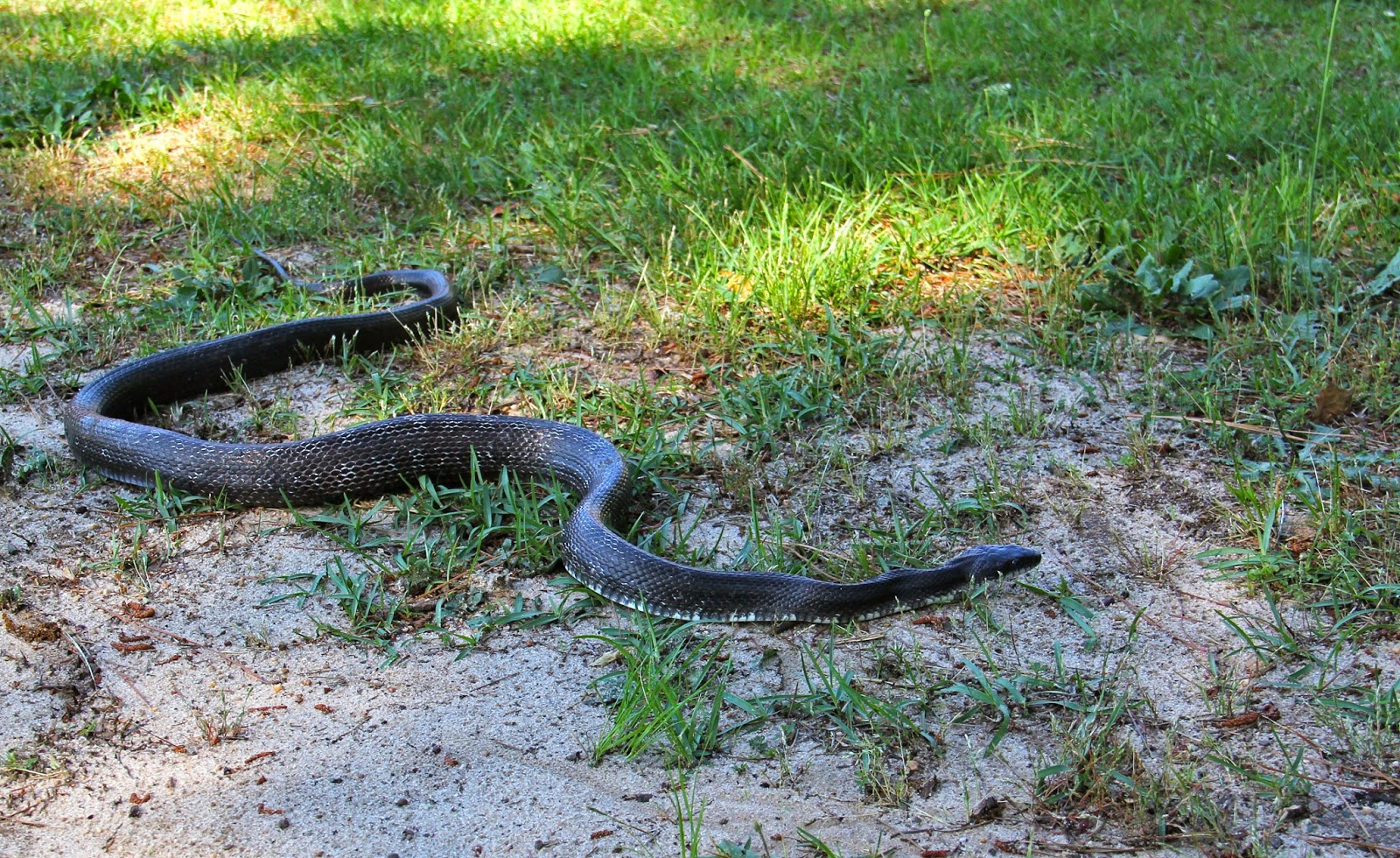 As we pulled into the driveway at work on Friday afternoon, a pair of northern mockingbirds was raising Cain in the side yard. Peering around the corner, we quickly spotted the cause of the commotion. 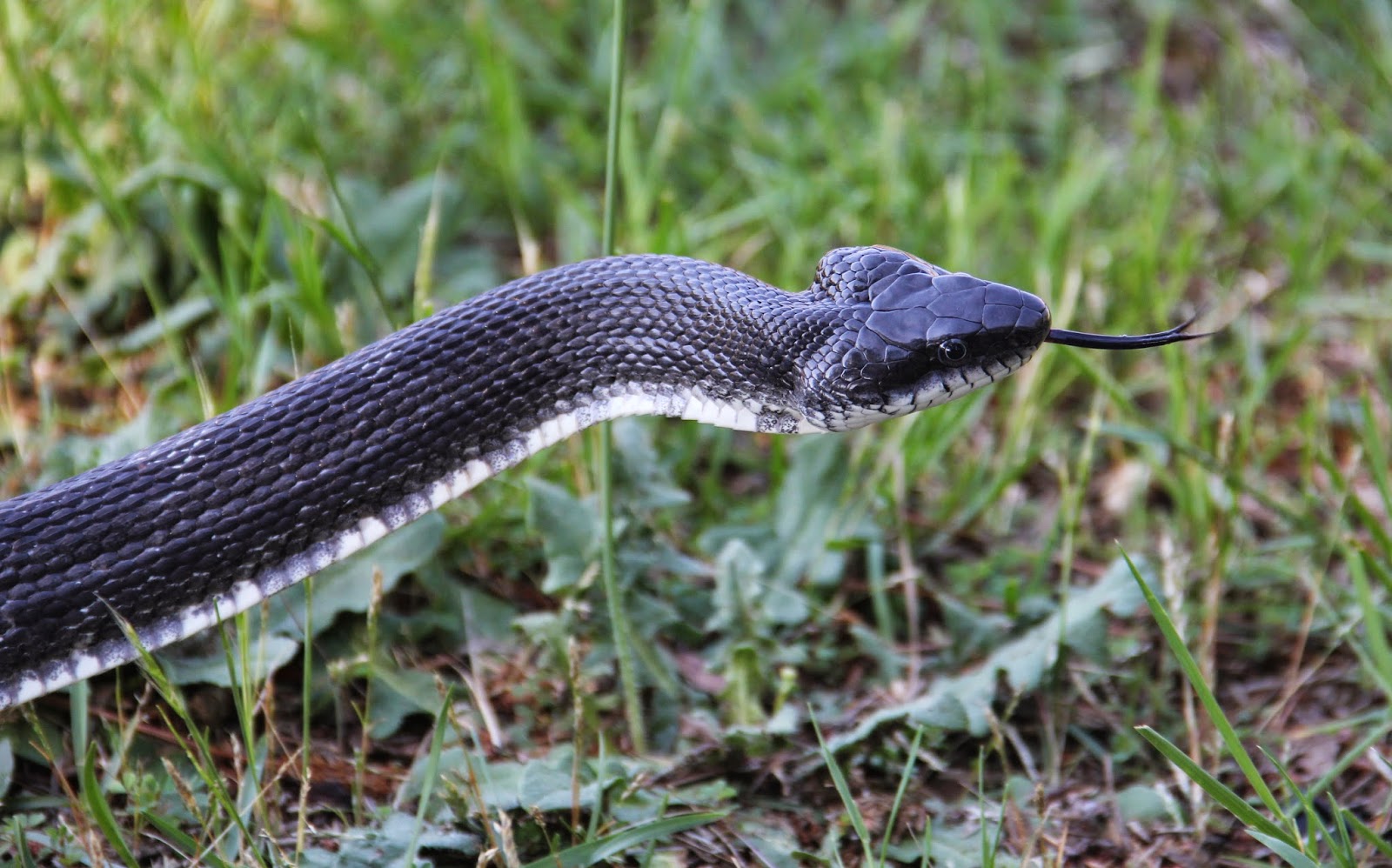 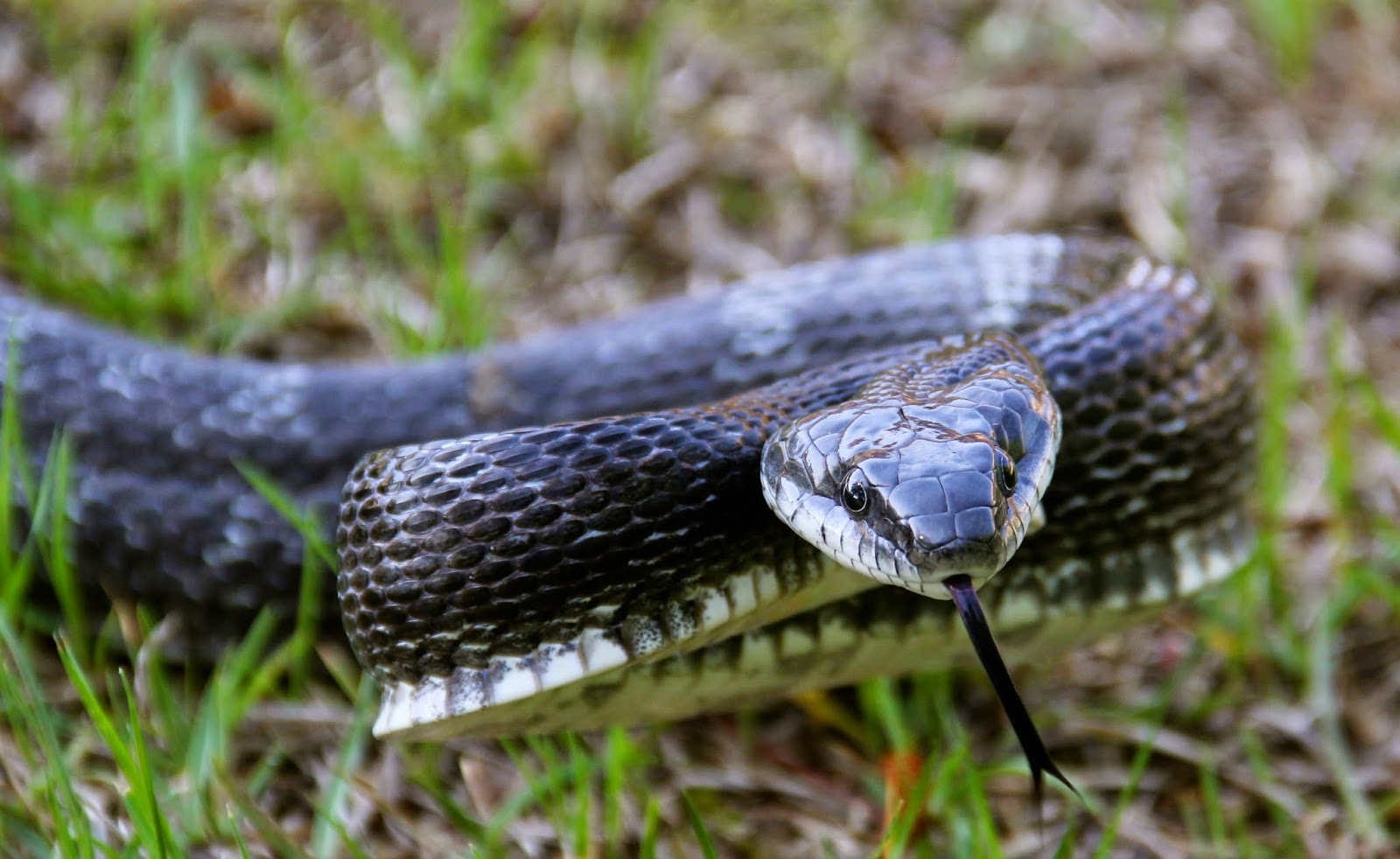 The black rat snake is the most commonly encountered native snake from our many years of experience.
The "chicken snake" of our youth in a rural farming community, it is a constrictor, a voracious predator of rats and mice and the occasional egg or baby bird. 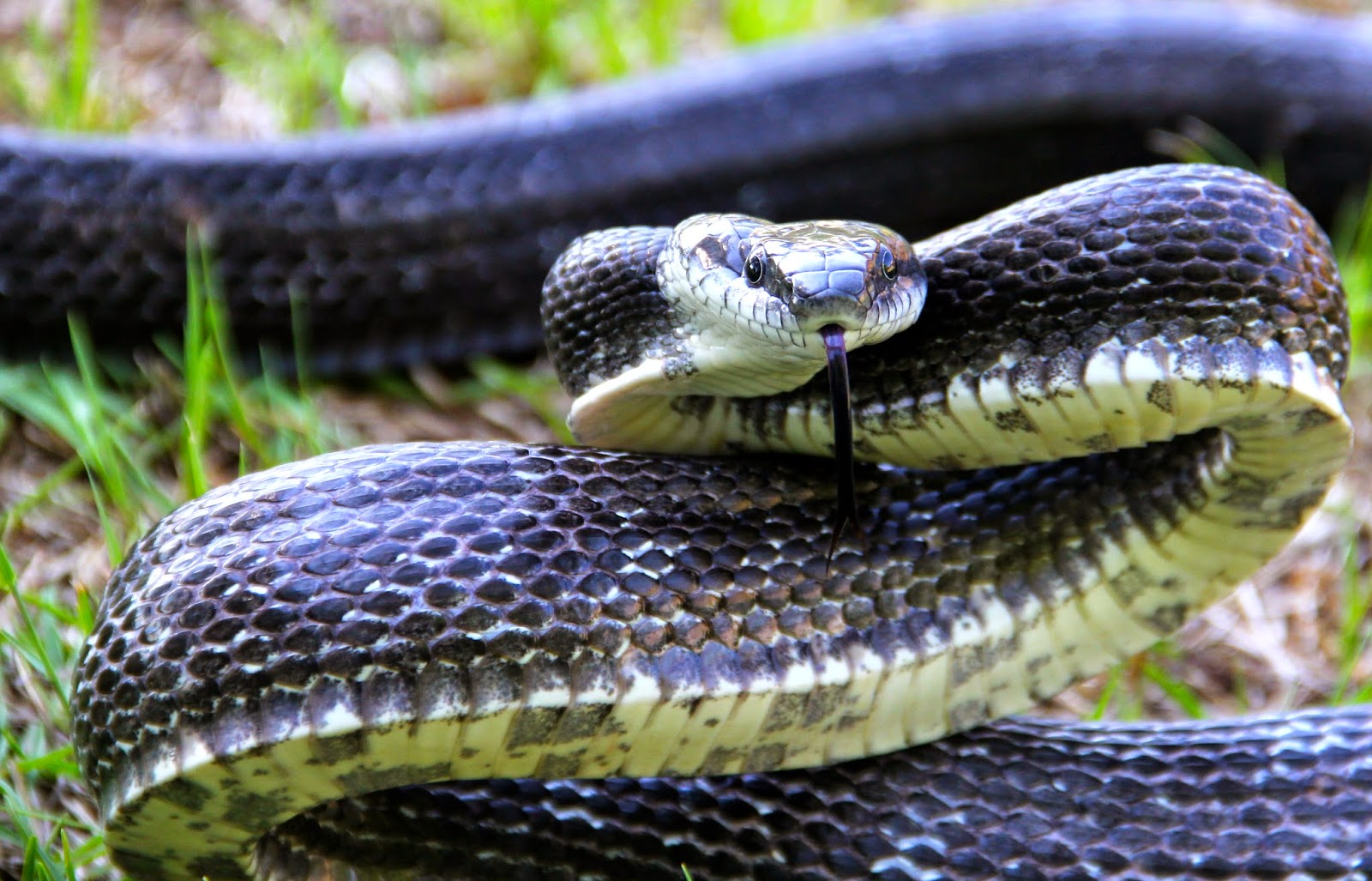 It has adapted relatively well to development and the loss of natural habitat, and is often found in close proximity to human dwellings (and the occupants of those dwellings). 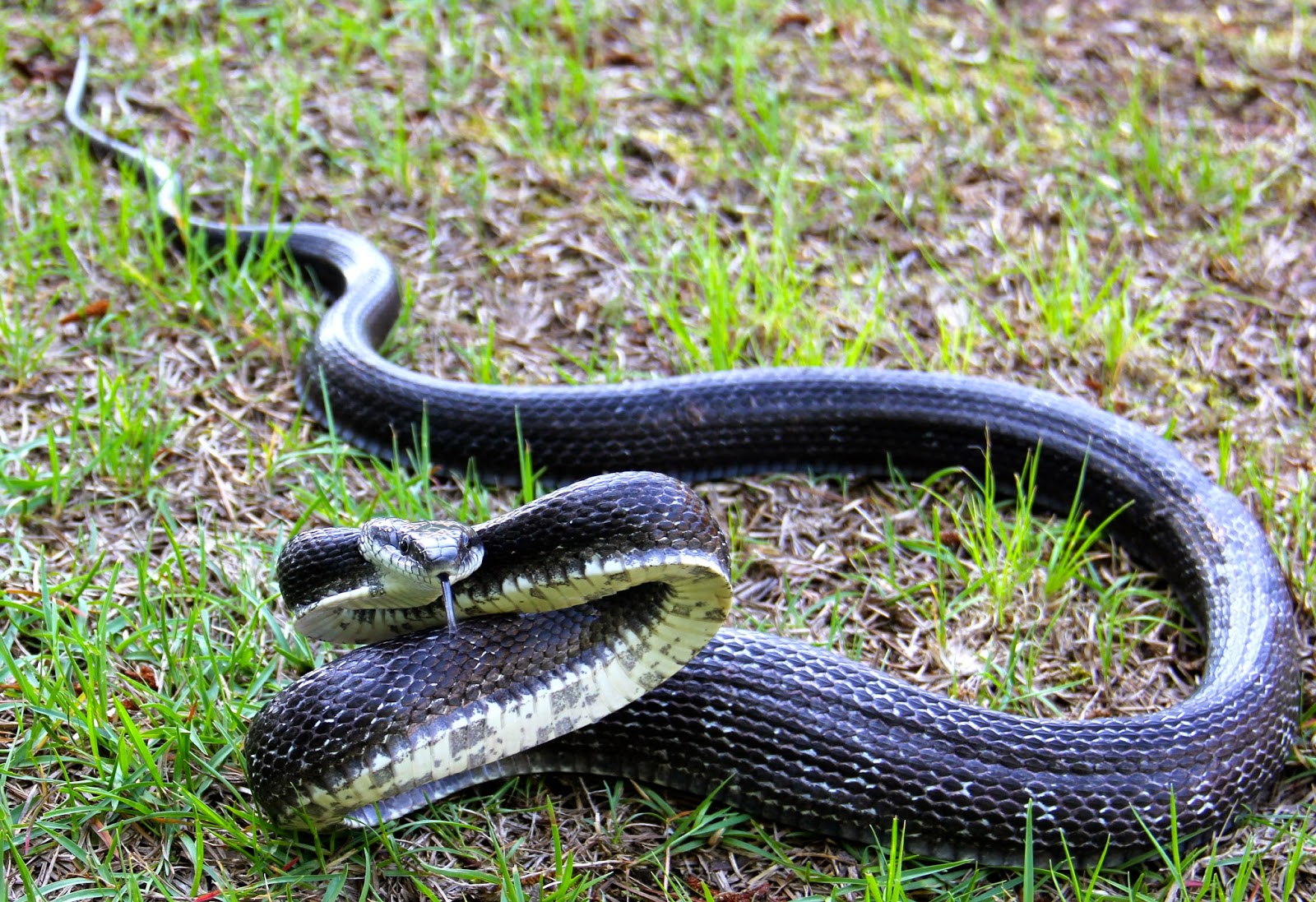 When the inevitable contact occurs, it is most often the snake that loses out, prompting us to make ourselves available to assist whenever relocation is an acceptable option. In that role, we have removed rat snakes from chicken houses, smokehouses, barns and basements.
In fact, the largest snake we've ever caught was a black rat snake, an 82 inch beauty we removed from the loft of a barn many years ago, well before the advent of the internet as we know it. This beautiful creature from Friday afternoon was nearly six feet in length and prowling just a few yards from multiple businesses located within an easy stone's throw of a major four lane highway, prompting us to marvel at the miracle of its longevity and relatively large size.

It displayed a rather distinct pattern of markings which is somewhat unusual in a specimen of its size and age, and we were delighted to find a new home for it in a rural area less than a mile from that old barn where we caught the biggest snake ever way back when... 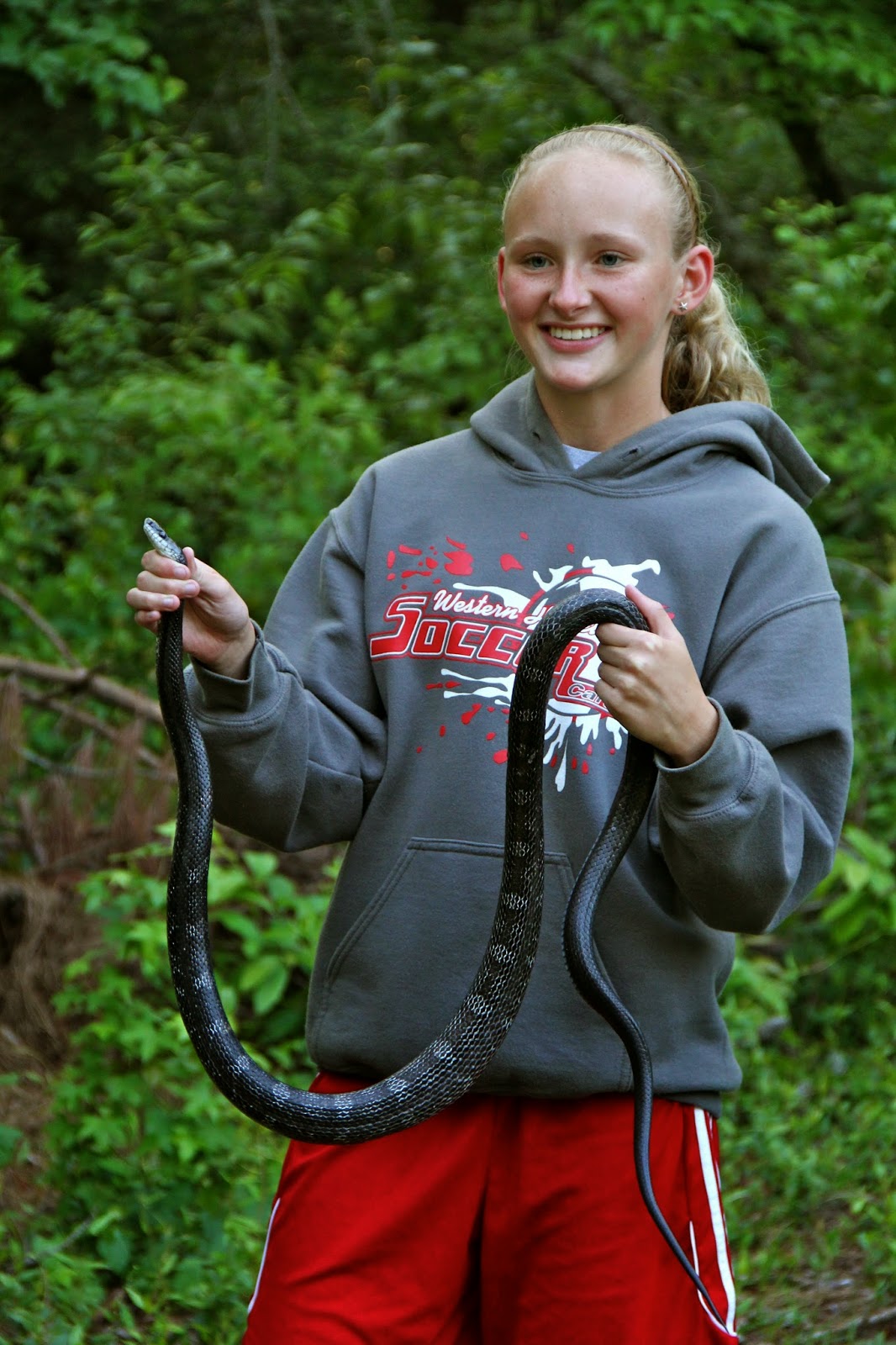 Thanks to brother Henry and his family for sharing their homestead with our relocated reptile;
it seemed right at home when Cousin Layne relinquished her grip and released it back into the wild. And perhaps someday, when Henry and Glenda's grandkids are playing around in what remains of that old barn, we'll be telling a new story about the largest snake we've ever seen...
Posted by hootowlkarma at 10:41 PM