Life slows down on the Island in the fall.
Traffic jams cease, even on the weekends,
and the surf shop parking lot is virtually empty.

As a few bargain hunters venture inside to search for late season deals,
we are drawn to the vacant lot next door,
occupied by an army of golden asters,
holding fast their sandy keep,
despite an onslaught of ocean gusts,
hinting heavily of winter's chill. 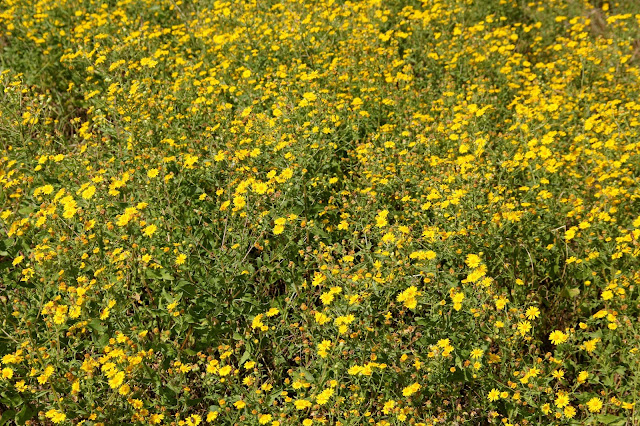 Dune camphorweed, Heterotheca subaxillaris,
thriving still on the emerald isle,
in spite of the imminent arrival of November. 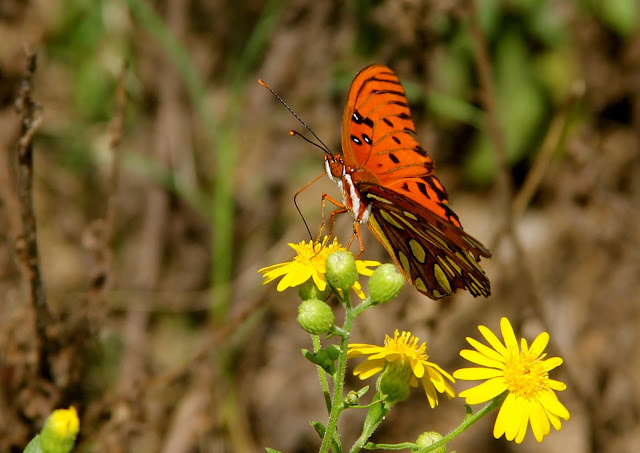 Late season larder for the last of the lepidopterans, here on the island's leeward shore. 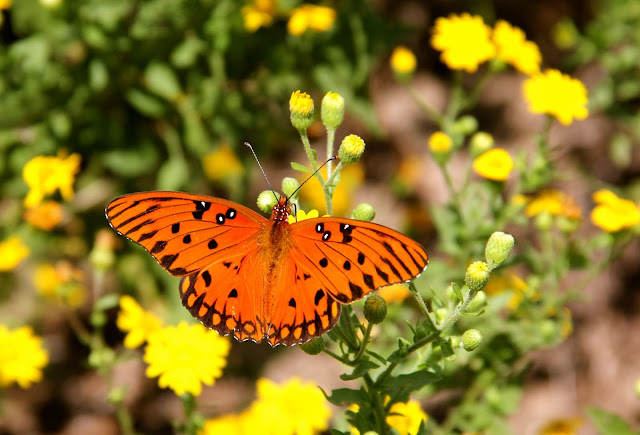 Mingled among the asters are other hardy sand-lovers,
forb and graminoid alike.
Maypops and sandspurs,
both right at home here in the dunes, 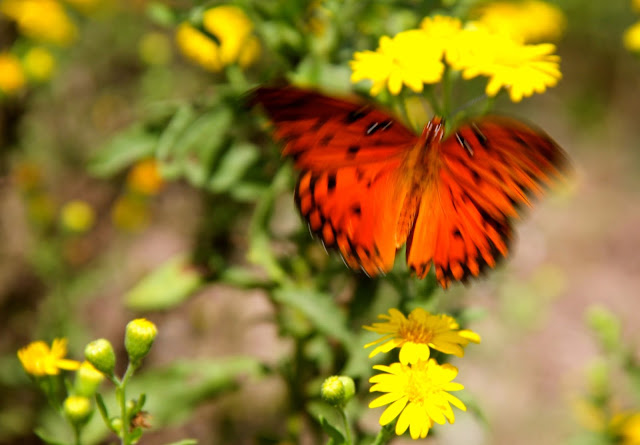 but passionflower claims the most credit for the fritillaries' abundance. 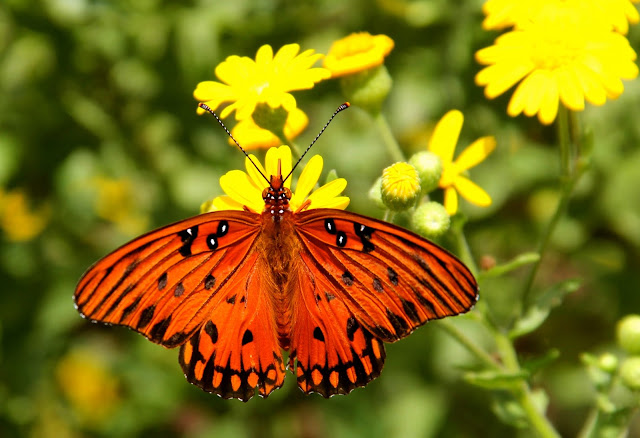 As host plant for the gulf fritillary, Agraulis vanillae, caterpillar,
the myriad maypop vines explain why a dozen or more brilliant orange butterflies patrol this particular patch of golden asters in a late fall frenzy of nectaring. 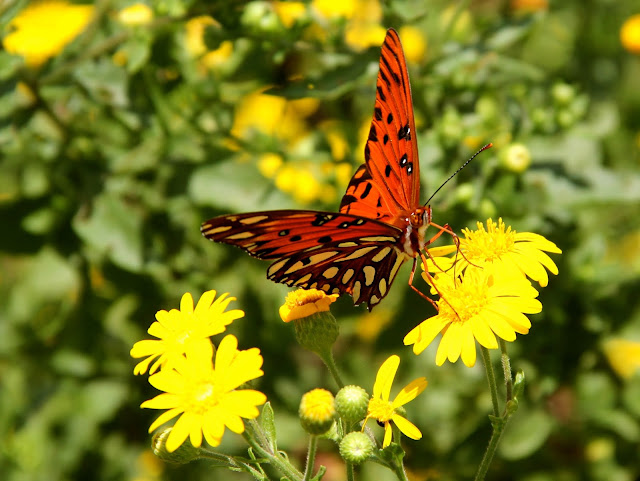 Among the Southeast's most striking nectarers,
this fritillary is not as frequent back home in the Sandhills, 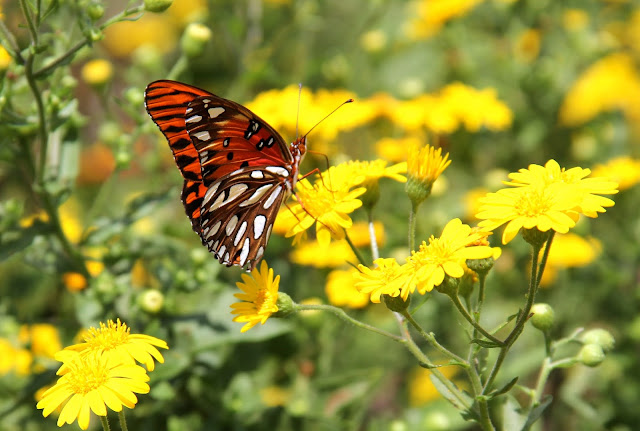 and our lens is quickly addicted to the remarkably beautiful pattern
of silvery white underwing markings. 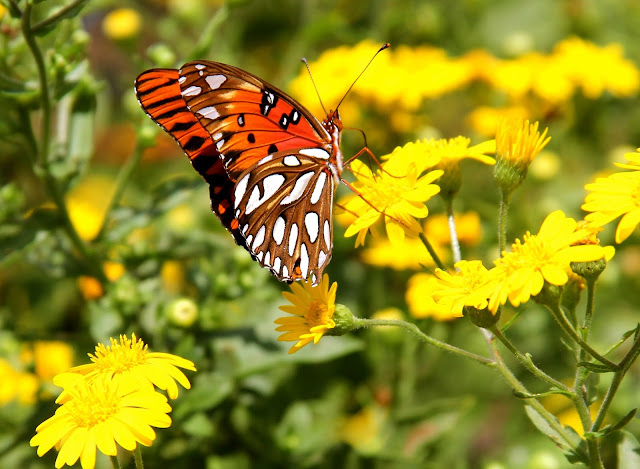 The sun, passing lower now in the autumn sky, 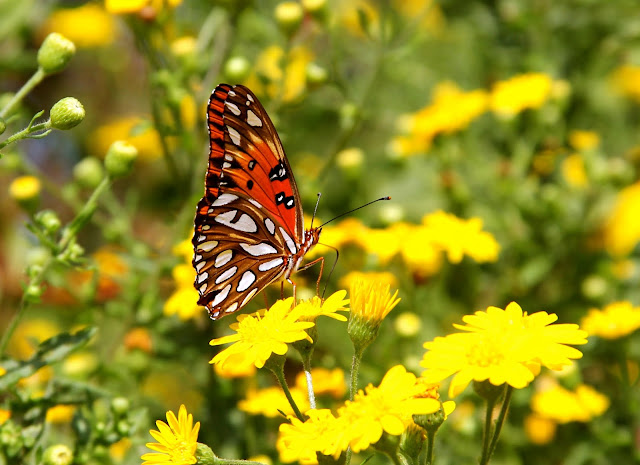 flirts with flowers and flyers and photographers alike, 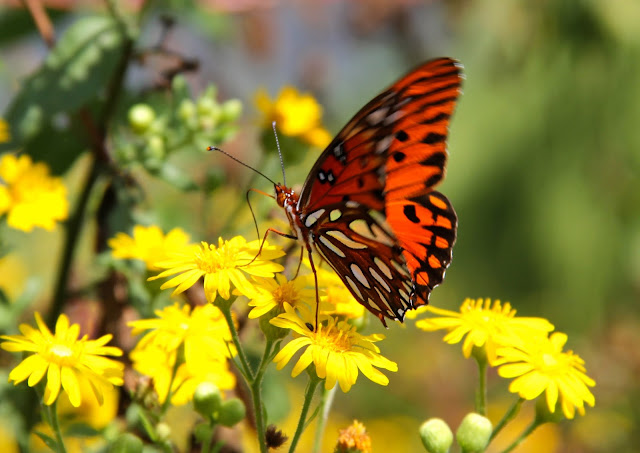 none of us in any hurry to part company just yet...
Posted by hootowlkarma at 7:52 PM 1 comment: 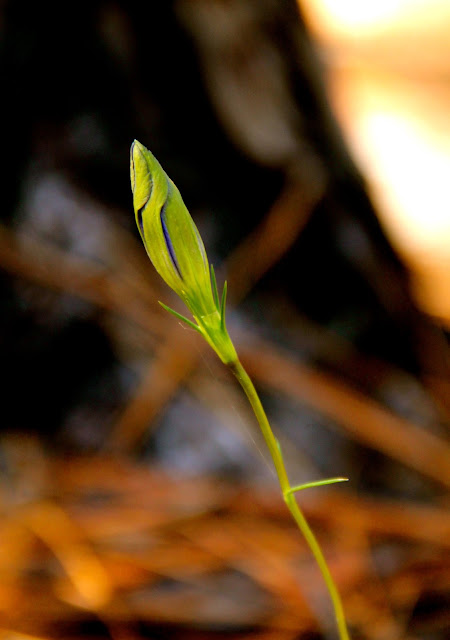 The seeker might find solace in this singular place,
strolling in solitude among the stately pines and glorious herbs, 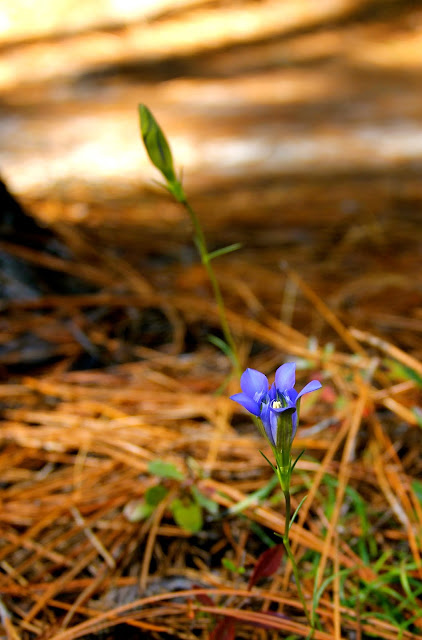 soothed by the sympathetic sighs of the forest giants,
swaying
ever-so-slightly under the influence
of the cool autumn breeze,

and the solitary blossoms of exquisite azure. 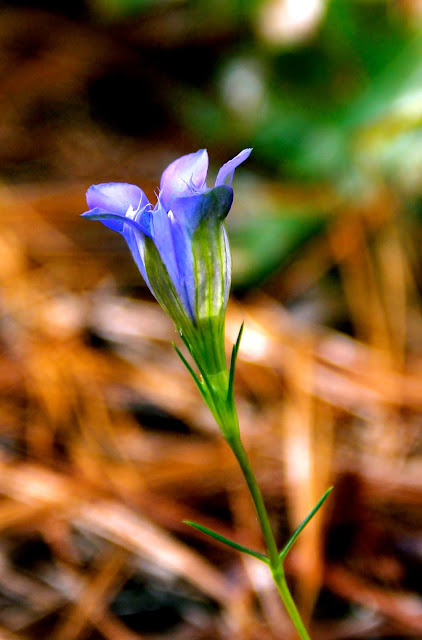 Solitude and silence
and breath-taking beauty
bring a measure of peace to the world-weary soul;

here in the flickering shade of the pines,
where the pine-barren gentian gently unfurls in hues of heavenly blue. 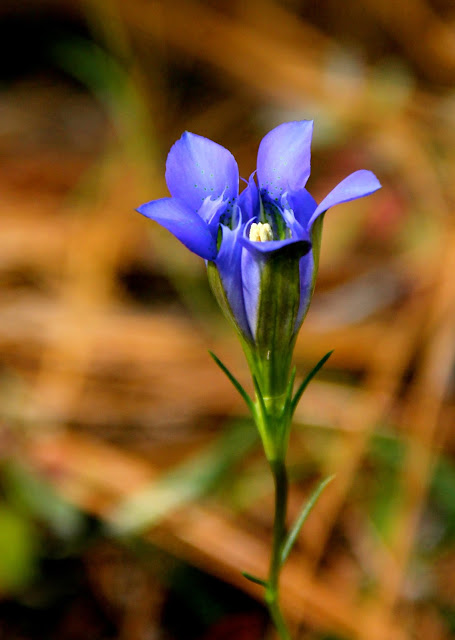 Pinus palustris,
scion of the Sandhills; 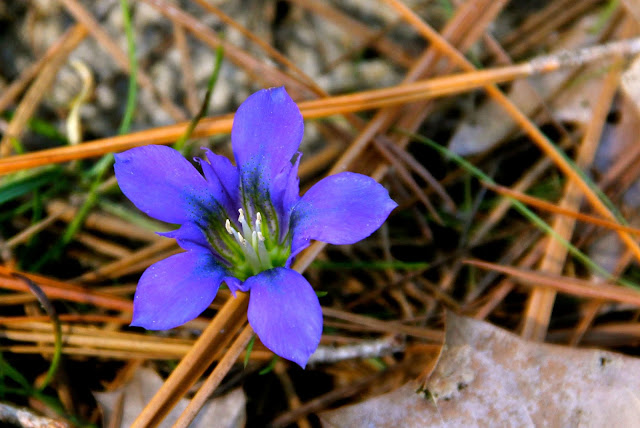 born of poor sandy soil and daunting summer heat,
scoured by flames of fire so wild,
and watered at nature's whim, 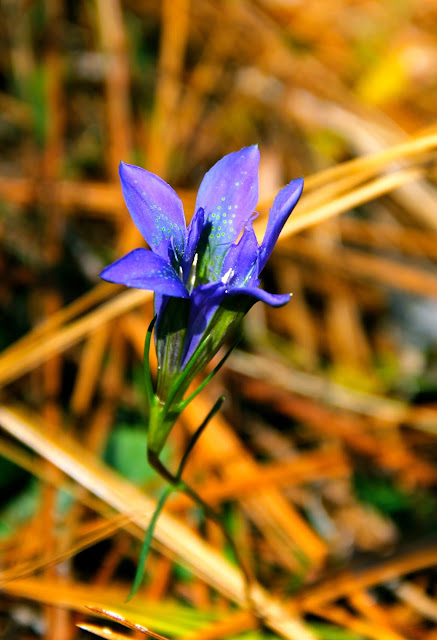 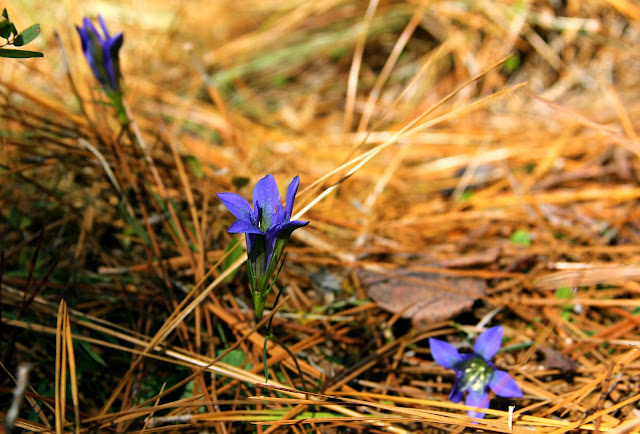 ruler of a precious and dwindling domain, 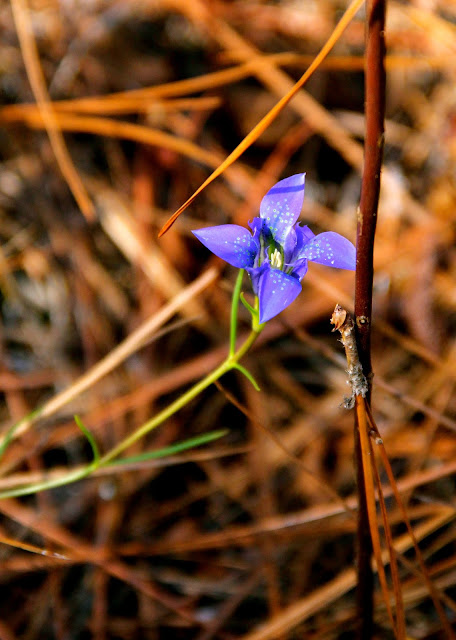 and here at their feet, 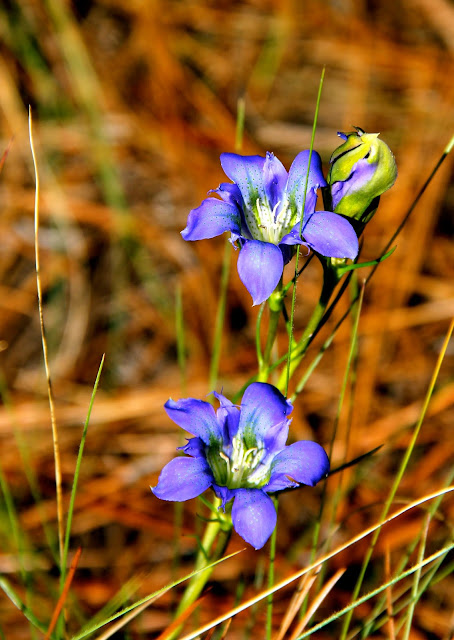 'long side the pine barrens blues...


Posted by hootowlkarma at 8:33 PM No comments: