Non-venomous corn snake and venomous copperhead. Superficially similar snakes; perhaps an advantage for the corn snake in some settings, but a significant disadvantage in encounters involving humans. Fear, fueled by a lack of knowledge and awareness, often leads to the indiscriminate killing of reptilian wildlife. 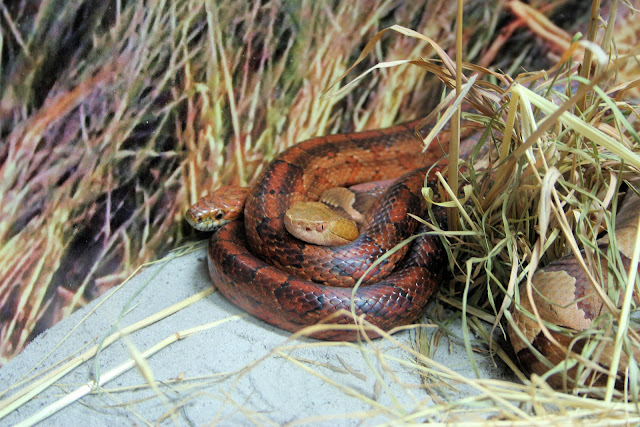 Corn snake from the Sandhills area, exhibiting the vivid orange and black markings often associated with corn snakes from the coastal plain. Corn snakes are powerful constrictors which still play a significant role in controlling rodent populations throughout their range. 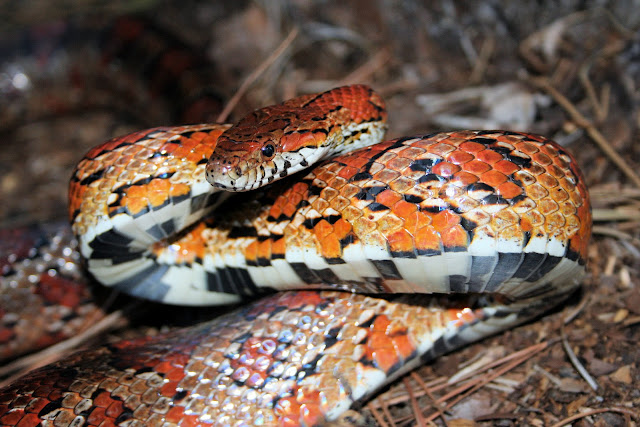 Copperhead from the same area with its distinctive "hour-glass" banding (wide on each side and narrowing significantly in the middle of the back). This juvenile still retains its green tail which is used as a "caudal lure" to attract small lizards and other prey. 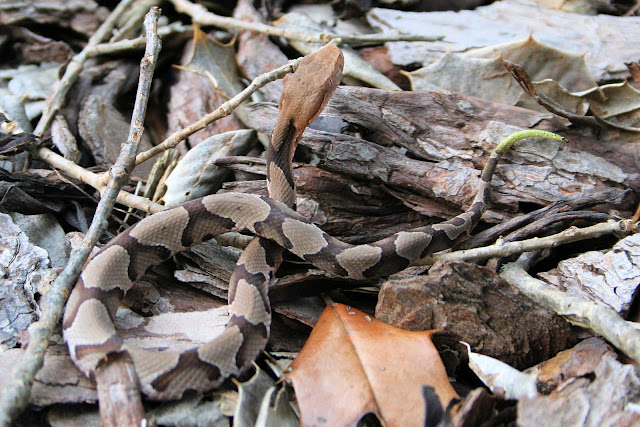 Snakes are a vital part of a healthy ecosystem, consuming large quantities of insects and rodents, and providing food for larger predators such as owls and bobcats. Venomous snakes in close proximity to human homes can be a problem, but with common sense, education, and awareness, encounters with snakes need not have a negative outcome for either party.

Posted by hootowlkarma at 7:22 PM