This little snake seems to show up every year on Hoot Owl Karma. 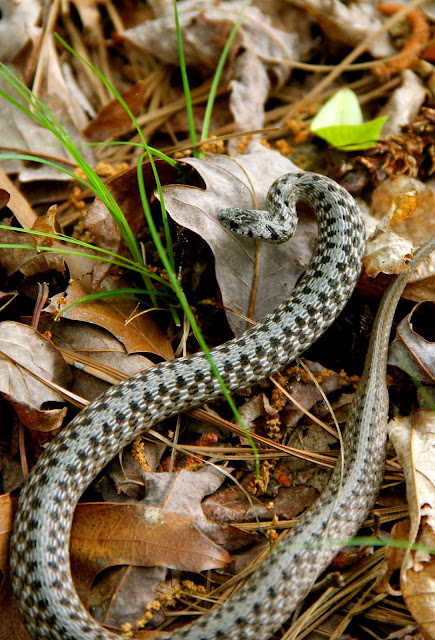 Known simply as brown snake, or little brown snake, it is quite common in the natural areas of our yard, and will occasionally make an appearance in a flower pot or perhaps meandering along the foundations of the house as it moves about in search of suitable prey. 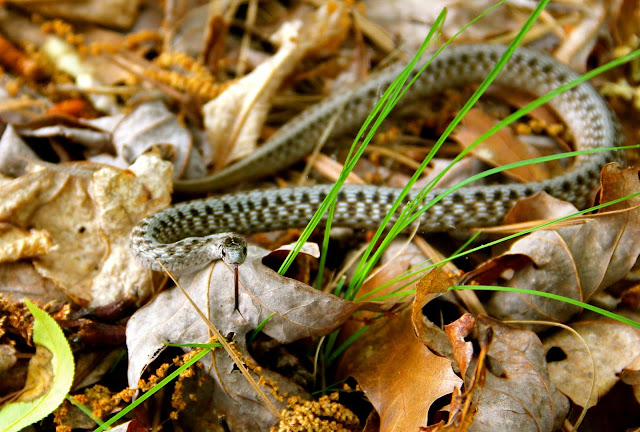 In part because of its diminutive stature, 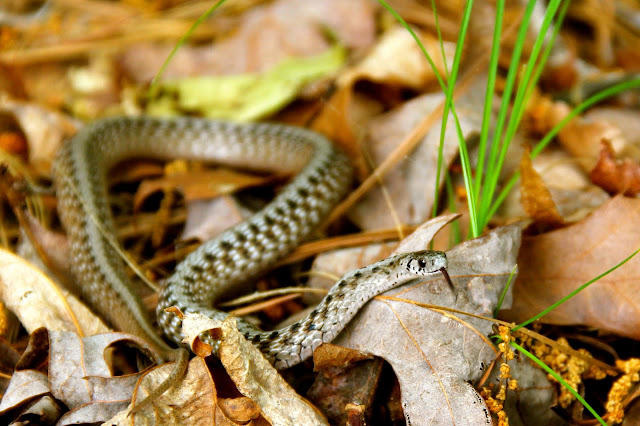 rarely exceeding 12 inches or so in length, 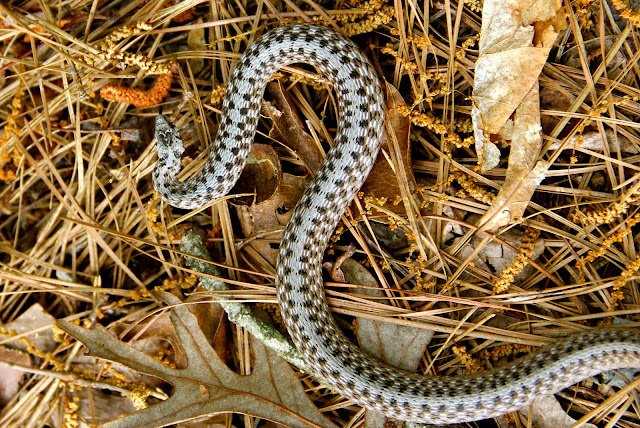 brown snake also shows up quite often on our Facebook feed, 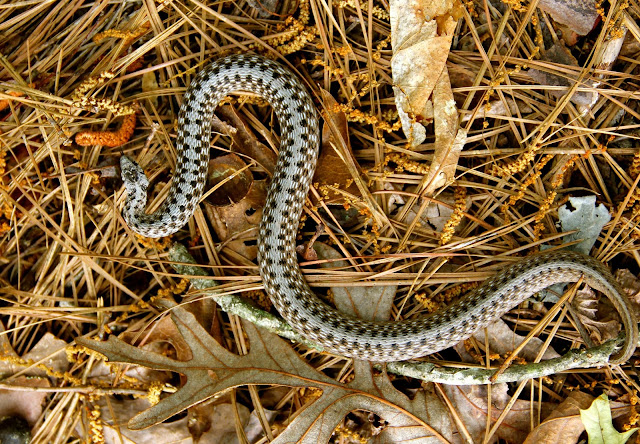 sometimes dead,
and variously mis-identified as a baby copperhead,
or baby water moccasin or baby rattlesnake. 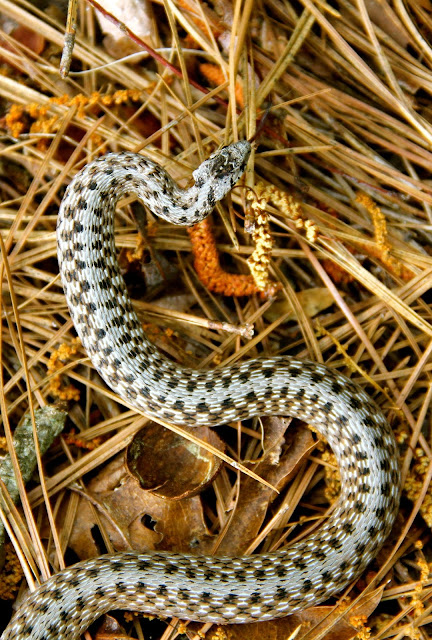 This individual has rather little in common with any of those snakes,
but it is by far the largest of its kind we've ever encountered,
measuring just over 16 inches in length. 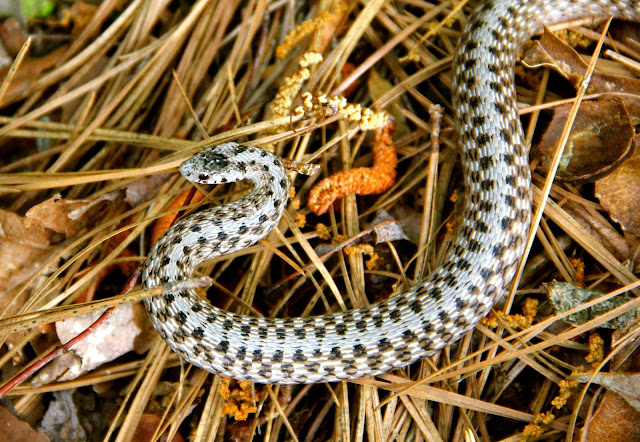 Don't you just love a Storeria with a happy ending!
Posted by hootowlkarma at 7:55 PM